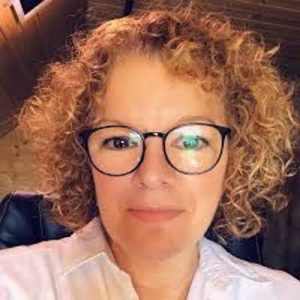 end of 2013, “Loose Ends” had sold over 200,000 copies. She has nineteen other books in the Mary O’Reilly Series, and more than 10 other novels, as well as a number of short stories and novellas.   Reid has enjoyed Top Rated and Hot New Release status in the Women Sleuths and Paranormal Romance category through Amazon US. Her books have been translated into Spanish, Portuguese and German, and are also available in audio versions. Reid has been quoted in several books about the self-publishing industry including “Let’s Get Digital 1 and 2” by David Gaughran, and “Interviews with Indie Authors: Top Tips from Successful Self-Published Authors” by Claire and Tim Ridgway.   Terri has been a keynote speaker at writing conventions about the world of independent publishing, at women’s conventions as an inspirational speaker, and at universities and schools on the basics of becoming an author.
Terri has a background is in marketing and public relations, I had my own business working with small companies (And some not-so-small companies) helping with marketing, advertising, and public relations.  I’m a mom to seven children and have 21 grandchildren – so family is very important to me. I have collected ghost stories for years – and my paranormal mystery series is about ghosts.  We live in a 100-year-old farmhouse that has at least two ghosts and I write a weekly blog called, “Freaky Friday” that deals with all aspects of the paranormal. I have also written several essays about believing in yourself, having faith, pushing out positive messages, and having the courage to change.  So – I think you can take y our pick. 🙂
Download her book and become a fan here.