Kawasaki Syndrome was first described by Tomisaku Kawasaki in 1967. Here is a description from Wikipedia.

Kawasaki disease is a disease of unknown cause that results in a fever and mainly affects children under 5 years of age.[6] It is a form of vasculitis, where blood vessels become inflamed throughout the body.[1] The fever typically lasts for more than five days and is not affected by usual medications.[1] Other common symptoms include large lymph nodes in the neck, a rash in the genital area, and red eyes, lips, palms, or soles of the feet.[1] Within three weeks of the onset, the skin from the hands and feet may peel, after which recovery typically occurs.[1] In some children, coronary artery aneurysms form in the heart.[1]

While the cause is unknown, it may be due to an infection triggering an autoimmune response in those who are genetically predisposed.[1] It does not spread between people.[1] Diagnosis is usually based on a person’s signs and symptoms.[1] Other tests such as an ultrasound of the heart and blood tests may support the diagnosis.[1] Other conditions that may present similarly include scarlet fever, juvenile rheumatoid arthritis, and pediatric multisystem inflammatory syndrome associated with COVID-19.[4][1]

Typically, initial treatment consists of high doses of aspirin and immunoglobulin.[1] Usually, with treatment, fever resolves within 24 hours and full recovery occurs.[1] If the coronary arteries are involved, ongoing treatment or surgery may occasionally be required.[1] Without treatment, coronary artery aneurysms occur in up to 25% and about 1% die.[3][7] With treatment, the risk of death is reduced to 0.17%.[7]

The problem is being able to tell the difference between Kawasaki and COVID19. There is a lot studying by the WHO and other health organizations are studying this. The result would give a better understanding of how the disease could be spread. If the children symptoms for COVID19 mimic then it could change how communities handle school and daycare. 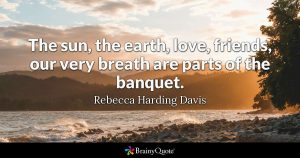 This disease, which is the leading cause of childhood acquired heart disease in industrialized nations, is very rare. It affects around one child in 6000 in France and the United States, and one in 12,000 in the UK. It is more common in Japan, with an incidence of 1 in 1000.

The incidence is 2.5 times higher in patients of Asian origin than in those of Caucasian origin, which suggests a genetic predisposition. It is also surprising that there was no increase in cases of Kawasaki disease since the start of the Asian epidemic in December; at least, this was not reported in the Chinese or Japanese series.

There is an annual seasonal gradient, with winter and spring surges of the disease. But it has become clear over the past 3 weeks that an unusual number of children of all ages have been hospitalized with multisystem inflammation frequently associated with circulatory failure, with elements suggestive of myocarditis.

We are concerned about the epidemic nature of these cases of Kawasaki-like disease in our intensive care units in Île-de-France [the region around Paris], with at least 25 in 3 weeks and 9 in Necker hospital over the past 2 days (as of April 30).

On the other hand, contact with our British, Spanish, Italian, and Belgian colleagues confirms this as an emerging problem.

What is the link between Kawasaki disease and COVID-19?

The pathology of Kawasaki disease is still unknown, and several theories have been proposed, including the possibility of an infection by a microorganism that secretes toxins, and of a process linked to superantigens.

The involvement of the immune system is therefore very strongly suspected, probably mediated by a bacterial or viral agent, and as such the involvement of members of the coronavirus family has already long been suggested (as well as adenoviruses, the herpes virus, Epstein-Barr virus, and others).

Have you been asked to carry out special monitoring in your cardiology departments?

Within the medical community, memos are currently being disseminated in order to look out for the occurrence of this clinical picture in children, as it is predominantly a pediatric pathology. But in can also occur in adults, and cardiac damage linked to COVID-19 has already been widely described in Asian and, more recently, European cohorts.

Listen to the BC Townhall Meeting with Dr Bonnie Henry and Adrian Dix as they explain how things will restart.

Our interviews are recorded using MeetFox