On June 19 Adrian Dix Minister of Health for British Columbia announces allegation of a racist game being play in an as yet unknown ER. The game is to guess the blood alcohol levels of patients as they enter the ER. The game is said to be directed mostly at Indigenous patients. Minister Dix as hire Mary Ellen Turpel-Lafond to investigate the alleged game and its participant. Actions of what will happen after that will, of course, depend on what is uncovered.

Mary Ellen Turpel-Lafond is a will established lawyer and advocate for defending the right of people. Her work is most famous for helping children and youth. This is from her Wikipedia Page: 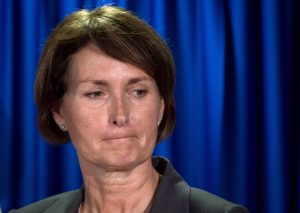 Enrolled as a member of the Muskeg Lake Cree Nation, at age 35 Turpel-Lafond was the first Treaty Indian to be named to the judicial bench in Saskatchewan.[5] She was the Administrative Judge for Saskatoon, involved in the administration of the Provincial Court of Saskatchewan in relation to access to justice, judicial independence projects, technology and public outreach.

She has also worked as a criminal law judge in youth and adult courts, which led her to work at developing partnerships to better serve the needs of young people in the justice system, particularly sexually exploited children and youth, and children and youth with disabilities, such as fetal alcohol spectrum disorder.

Listen to this press conference

Listen to “Policy and Rights Adrian Dix on Racism in BC Healthcare System” on Spreaker.