by Michael
September 2, 2022Filed under: 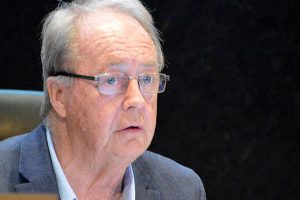 Mayor Doug McCallum announced that he wants to build a 60,000-seat stadium the question is not around, rather the stadium should it should be built or not the question really stems around what is the plan for this stadium. Because in the general, Greater Vancouver area, there is a stadium and there are sports teams but those sports teams are already using those venues. So, what new could happen? That would mean that another large venue would be needed to support either a sports team or a series of events that would bring income into the city to support the need for a stadium of that size. Mayor Doug McCallum announced that he wanted to build this stadium he didn’t get into much about the plan or who was going actually to be using this stadium. Everybody remembers the movie The Field of Dreams and “build it and they will come” was the mantra of that particular movie. In business and, and community, we can’t go by building it they will come. If we need to go around the mantra of “build what they need, and they will use it” it begs the question, Does Mayor Doug McCallum know someone who actually needs this and will use it because that’s the reason why he wants to have it built? He’s not saying who it is that needs a stadium. With that, we asked around business people in the area and again, that question couldn’t be answered who would need a large stadium and who would buy tickets to support that stadium.

Should Surrey build a stadium of that size? Should the taxpayers of that city support a stadium of that size city? The answer is coming to no, it shouldn’t be built and no, it shouldn’t be supported. The next question to be asked out of this is what about if the stadium was built assuming it will be built in the Cloverdale area? What about parking and traffic? There are going to be other support structures that need to be built in order to build a stadium of that size. It’s going to need a parking structure to be built or a very large hole is going to have to be dug in order to have underground parking built underneath the stadium. traffic patterns during event time would have to be changed in order to support a stadium like that being there. And one of the problems with that is the reason why we question the traffic in the in that particular area because during the Cloverdale rodeo days, there are large types of and there’s a lack of parking for the events to happen during those during the rodeo days in that area. There isn’t enough parking to support the fairgrounds in Cloverdale for the rodeo days. So why would there all of a sudden be enough parking there for a stadium unless it is planned out and built once again Doug McCallum has not shared that plan. He just announces that he wants to build a structure but the traffic planning hasn’t been discussed. And if he has a plan for it, he hasn’t discussed it with anyone and he hasn’t made it public for people to know what is actually going on so they can support it the last thing that we should be looking at is the timing of this announcement was hidden.

The timing of his announcement is only a few weeks away from an election campaign to start the municipal election for Surrey BC is coming up within weeks of him making this announcement. So it says a well-timed campaign promise that I’m going to build a huge stadium to bring income into the city. And we know from past that outside of his promise to build a police department that most of the citizens in Surrey BC didn’t want that he hasn’t kept any campaign promise. He hasn’t kept any of his promises to do what the people of the residence of Surrey BC actually wanted or needed. He has caused trouble. He was He accused a group of people of trying to run him down. And then when he finally landed back into the court system again. He was charged with a misdemeanour around the drama that he started because it was false accusations. We know that he believes in slamming his opponents rather than describing and laying them out in front of the people. What it is that he stands for what are the values that he holds dear to him? Is he the type of mayor that we really want in a city or do we want a mayor that we know stands for the community, promoting the community, helping those who are in need within that community and allowing for businesses to thrive? Rather they’re small, medium or large. In a fair way to out the entire system and community of that particular city. There are a lot of questions about should Doug McCallum be elected again. Should Surrey find a new Mayor to do the job and do the job that Surrey BC is actually looking for? Maybe Doug McCallum should say goodbye to his office as Mayor of Surrey BC.