Thank you very much, Mr. President.

Let me join the members of the Council in expressing our condolences for those killed or otherwise affected by that terrible earthquake yesterday.

I’d like to start, Mr. President, by associating myself very strongly with Ramiz’s [Alakbarov] remarks throughout his, I think, unusually broad and useful statement, in which he outlines the problems facing he and his team and the people of Afghanistan very clearly, and ends, I think, tellingly on that matter of the need to engage on behalf of the people of Afghanistan with the de facto authorities, more and more difficult as it’s becoming.

So, chapeau to Ramiz.

As you may know, I visited Afghanistan twice myself, unlike Ramiz, of course, who lives there, to engage with the Taliban, with the de facto authorities, and to see first-hand, in some way at least, what Afghans contend with every day. We’ll hear no doubt more about it from Yalda [Hakim].

On my most recent visit, in March, I was reminded of how desperate the situation remains.
I had a terrible experience, as many others have had, of visiting a hospital, this was in Kabul, and the sight of the malnourished babies was not something I will easily forget, despite a lifetime of those experiences. It’s really shocking to see.

As Ramiz said, Afghanistan’s worst drought in almost 30 years has affected three quarters of its provinces, over and above everything else that’s happened to the country, meaning crop production is expected to be below average this harvest. And most rural households, as we have said elsewhere, will have used up their food stocks dangerously early this lean season.

The economy, again as you heard from Ramiz, continues to be the primary driver of humanitarian need across Afghanistan. Twenty-five million people are living in poverty — more than double, more than double the number from 2011. Poverty is the top reason people leave homes in Afghanistan, but lack of money is the main barrier to accessing basic services, like health care or electricity. Today, the average household spends almost three quarters of its income on food alone.

The humanitarian response scale-up has allowed us to avoid a potential famine, and Ramiz gave us the figures of those reached in the months of this year, throughout the winter. But we can’t afford to be complacent. Today, 19 million people, that’s nearly half the population, are food insecure, including 6.6 million — these figures are a bit blinding — at ‘emergency’ levels.’ That’s the highest number of any country in the world at risk of famine-like conditions.

I’m speaking here partly in the context of the humanitarian exception approved by this Council in December 2021, and its swift implementation by Member States has been critical in ensuring humanitarian partners can continue to receive funds and do their work.

Currently, there are over 190 partners in Afghanistan delivering essential aid to millions of people every day, with a scale-up in humanitarian response that so far, as we have heard, has reached 20 million people across all of the country’s 401 districts, but clearly with different impacts in different districts. This operation spans all sectors. Food assistance is the largest, but also shelter, health, nutrition and more.

A key component of the humanitarian exception by this Council was enabling the transfer and payment of the funds and economic resources necessary for humanitarian programming to public entities, such as line ministries, health facilities or the Stateowned electrical company.

Humanitarian groups delivering assistance in Afghanistan take the monitoring of programming and financial transfers, I can assure you, very seriously. A formal Risk Mitigation Unit is being established under the leadership of Ramiz himself, with a task force comprised of organizations working in the country already set up.

Most importantly, humanitarian organizations have doubled up on their own systems to minimize the risk of funds and economic resources being misappropriated or diverted.

These measures include spot checks, data reconciliation, photo verification, project completion certificates and complaints mechanisms. These are procedures culled from around the world experience but are particularly relevant and important and essential to the Afghanistan of today.

Prior to transactions, agencies ensure that partners and suppliers are first checked against the UN Security Council Consolidated List. And during distribution, agencies and partners try to ensure community representatives and departmental officials are also present to monitor delivery. UN operations also, of course, as elsewhere, involve postdistribution monitoring.

So, while we are reaching record numbers, we are, as Ramiz has reminded us, we have a long hill to climb.

Can I mention three areas of which, Mr. President, I believe there are impediments.

First, the formal banking system continues to block transfers due to excessive derisking, impacting payment channels and causing breakdowns in supply chains. Around half of the organizations who responded to OCHA’s latest monitoring survey reported difficulties transferring funds into Afghanistan — so that remains a problem — compared to 87 per cent of respondent organizations who said the same in October last year. So, the direction of travel is positive, but the figure remains alarming.

Despite efforts to create a temporary solution for the failure of the banking system, through a so-called Humanitarian Exchange Facility, we have seen limited progress because of resistance, I have to say, by the de facto authorities. This is an issue that is not going to fix itself. Under UNAMA leadership, the underlying causes of the breakdown in the formal banking system will need to be addressed, and I know the mission is doing all it can to do so. In the interim, we need that Humanitarian Exchange Facility to allow for transfers that we are still seeing challenged.

The second impediment we face relates to engagement between humanitarian organizations like the Taliban — the de facto authorities. National and local authorities are, I’m sorry to say, increasingly seeking to play a role in the selection of beneficiaries and channelling assistance to people on their own priority lists, citing an almost universal level of need — exactly contrary to the promises that were made, as you may remember, Mr. President, to me and my colleagues last September.

We are also seeing more demands by them — the Taliban — for data and information with regards to budget and staffing contracts. This is an old, vexed issue that has plagued our relationship with the Taliban for decades. NGOs in particular face continued difficulties as they try to hire national women — Afghan women — in certain functions.

There are more instances of interference today than in previous months, most of which are resolved through engagement with the relevant de facto authorities. But for every issue that is resolved another one emerges, sometimes in the same location with the same departments. And there is now a much more palpable frustration felt by aid organizations, local communities, local authorities. Interferences cause delays in programming and, of course, compromise access to services.

The situation of women and girls remains as concerning now as it has ever been. Worse than it has ever been. The de facto authorities’ announcement in March that secondary schools for girls above sixth grade would not reopen — which was a big mistake at the time and has not been rescinded — is affecting over 1 million secondary schoolgirls. In no other country in the world is a Government banning girls from secondary school. Again, this is contrary to the spirit of the letter of the promises made to the United Nations last year.

Other announcements, including the requirement that women travel beyond certain distances with a mahram — a chaperone — further constrain women’s ability to access life-saving assistance and services.

And the third impediment, Mr. President, is we simply don’t have enough funding. Ramiz has spoken, absolutely correctly, about the generosity of Member States, and it is considerable. But only one third of the resources needed for this year’s humanitarian response plan has been received. We have a response plan of just over $4 billion, we have received just one third of that, despite pledges made of about $2.4 billion in a launch in March. But many of those pledges have not yet turned into receipts.

So, we face a $3 billion funding gap for the last six months of this year. I think, probably,
Afghanistan is in as difficult a situation in terms of the gap between funding and needs as anywhere in the world.

I’d like again to associate myself with Ramiz’s points that now is not the time for hesitancy. Without intervention — funding, humanitarian assistance, basic services — we will have another winter of discontent and a winter of trouble and a winter of pain for the people of Afghanistan.

Drought will persist — we almost forget it — wreaking havoc on crop yields and putting those 6.6 million people in Afghanistan on the edge of a catastrophe.

I think the aid community in Afghanistan has managed extraordinary achievements in this last year. But much more needs to be done, and much more can be done.

We’ve got to addressthe economic and banking paralysis, we’ve got to expand and approve the footprint around the country, we’ve got to continue advocacy for rights.

But importantly — this is also where Ramiz concluded — we need to engage. Now is not the time to disengage and leave Afghanistan to a bleak future. Now is the time to redouble engagement.

I thank you very much, Mr. President. 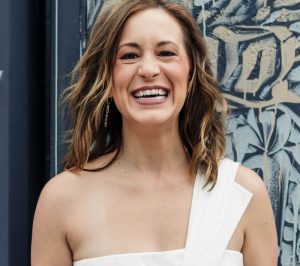 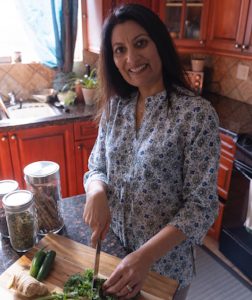