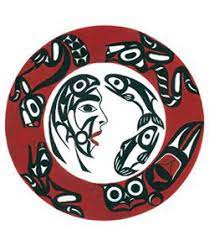 These are the first homes to be built on First Nation land in the Lower Mainland under the Province’s new Indigenous Housing Fund.

“This housing project is a significant achievement for the kʷikʷəƛ̓əm First Nation, as it provides us with the type of quality, safe and affordable housing that we so desperately need,” said Chief Ed Hall, kʷikʷəƛ̓əm First Nation. “It will help us address our current housing shortage due to our growing population, and also allow us to welcome back home more of our members. Just as we are working to bring back the sockeye salmon that once flourished here and whose name we carry, so too are we are working to welcome back home our people to their ancestral village of slakəyánc where they can reconnect with their culture, traditions and people. We raise our hands to our partners, the Province of B.C. through BC Housing and the Government of Canada through Indigenous Services Canada, for supporting us on our journey of healing and reconciliation as we revitalize our Nation.”

“As the first province to invest in on-Nation housing, our government is proud to be partnering with the kʷikʷəƛ̓əm First Nation to deliver these safe and secure homes for Indigenous people, families and Elders,” said Selina Robinson, MLA for Coquitlam-Maillardville. “We will continue to work with housing providers to build homes like these, as well as call on the federal government to match our provincial commitments for new Indigenous housing so that all who need housing can access it.”

The multi-use housing project will be built on the kʷikʷəƛ̓əm First Nation’s ancient village site, now called slakəya’nc (meaning “young sockeye”). The site is located on the banks of the Coquitlam River where it meets the Fraser River in Coquitlam.

“Now that construction is about to start, more urgently needed homes will soon be available for kʷikʷəƛ̓əm members living off-Nation to move back to the community they know and love,” Robinson said. “I would like to extend my heartfelt congratulations to the kʷikʷəƛ̓əm peoples, who have been working toward the construction of this development for the past four years. I look forward to seeing the benefits of these homes for years to come.”

The 14 new homes will be built within two three-storey and a one-storey building on the site. The Province has provided $2.9 million to the project through the Indigenous Housing Fund, and will provide approximately $58,500 in annual operating funding to the KFN Housing Society, which will operate the new affordable homes.

These affordable homes will include energy-saving features, such as solar panels on the roofs. Some units will also be fully wheelchair accessible to meet the needs of Elders and people with disabilities.

Indigenous Services Canada is providing a subsidy of $825,000 toward this project under its Housing Support Program. This fund supports First Nations in Canada to better and more effectively leverage funding for new construction and renovations, as well as to develop housing plans and policies and manage housing in their communities.

Construction on the three-building development will start on Aug. 16, 2021, and is expected to be completed within 12-18 months.

As part of the Nation’s efforts to revitalize traditions, language and culture, members of the kʷikʷəƛ̓əm First Nation will decide on a name for this housing project in their hən̓q̓əmin̓əm̓ language later this year.

A map showing the location of all announced provincially funded housing projects in B.C. is available online: https://www.bchousing.org/homes-for-BC

To learn about the steps the Province is taking to tackle the housing crisis and deliver affordable homes for British Columbians, visit: https://workingforyou.gov.bc.ca/