Expanding hospital and health care services to the community is always a good idea. The expansion in Richmond BC will bring new technology and make service more accessible to the people in the area. Health is one the most basic of Human Rights and should never be treated as a privilege. The new hospitals in the Lower Mainland BC are very welcome investment. 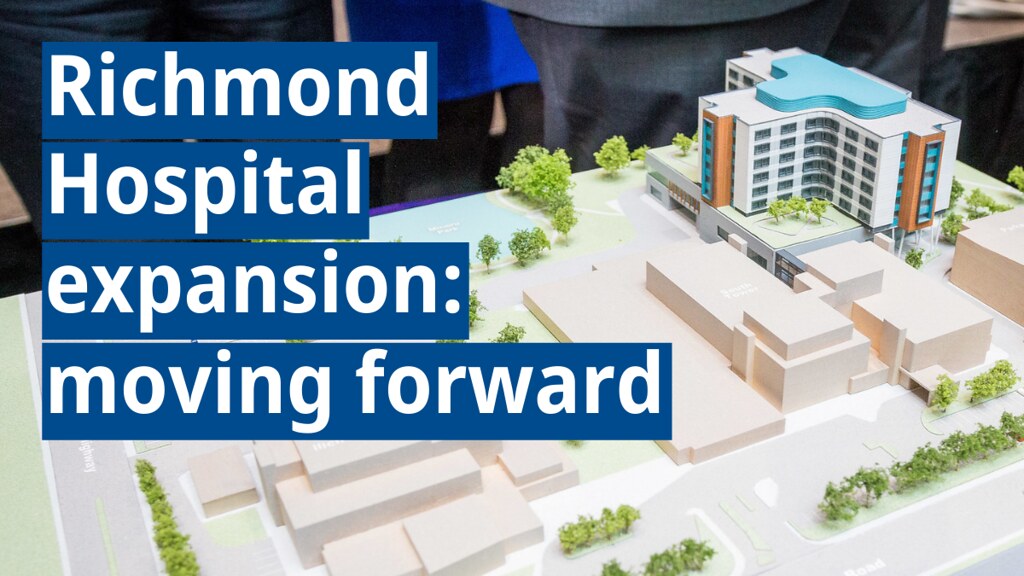 A new state-of-the-art emergency department and intensive care unit are just two of the improvements people in Richmond will see with more services and better health care as the Province moves ahead with an approved business plan for an expanded Richmond Hospital.

“People in Richmond deserve the health care that meets the needs of a fast-growing community. When we formed government in 2017, we immediately took action on a bigger, bolder plan for improvements to Richmond Hospital,” said Premier John Horgan. “One year ago, we were here to announce the scope of the business plan, with more beds and more surgical space, and today we’re taking another important step forward. We have approved the plan and timelines for construction on a new, modern patient care tower at the Richmond Hospital. With the largest public health investment in Richmond’s history, we’re going to deliver better and faster care for people while creating thousands of good local jobs, helping build a strong recovery for everyone.”

The four-phase project will add 113 new beds to the hospital, bringing the total to 353.

A new nine-floor patient care tower, the Yurkovich Family Pavilion, will have an emergency department with 82 spaces, up from 60, and 11 operating rooms, up from eight. There will be also more pre- and post-surgical care spaces, increasing from 26 to 69.

The tower will also include an intensive care unit; a fully equipped medical imaging department with four CT scanners and two MRIs; a pharmacy; and short-stay pediatrics.

The tower will be earthquake-safe and constructed above the flood plain. The new tower is planned to be 100% carbon neutral.

“Work is needed at Richmond Hospital and it’s long overdue for people in this fast-growing community,” said Adrian Dix, Minister of Health. “Business plan approval is an exciting step in the process. This largest provincial capital investment to a health capital project in the city of Richmond means that we are full steam ahead with the expansion of the Richmond Hospital that will provide quality public health care to the people of Richmond for decades to come in a modern environment.”

Further improvements to the Richmond Hospital include redevelopment of the south tower to create new inpatient psychiatry and psychiatric emergency units so existing services will be in one location and brought up to modern standards. The South Tower will also have a maternity ward and neonatal intensive care unit.

The Milan Ilich Pavilion will also be redeveloped and be home to the cancer care clinic, outpatient clinics and the UBC school of medicine.

Approximately 1,500 direct jobs and 900 indirect jobs will be created during construction. The project now proceeds to early works and procurement. Design work will begin immediately on initial renovations to the Milan Ilich Pavilion, with construction on those renovations starting in 2022 to accommodate cancer care and other services. The North Tower is expected to open to patients in 2028. South Tower and additional Milan Ilich Pavilion completion is scheduled for 2029.

The cost is approximately $860.8 million and will be shared by the provincial government through Vancouver Coastal Health and the Richmond Hospital Foundation.

Richmond Hospital opened in 1964 and has 240 beds, serving Richmond, South Vancouver and Delta, as well as people using Vancouver International Airport and BC Ferries. The six-floor North Tower is home to surgical suites, medical imaging, a pharmacy, as well as administrative, academic and support services.

Listen to our Podcast