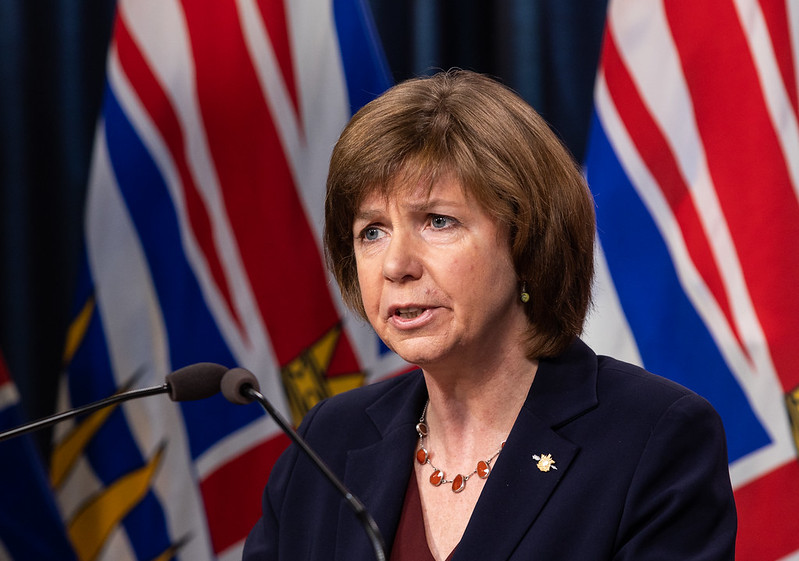 Sheila Malcolmson, Minister of Mental Health and Addictions, has released the following statement regarding the BC Coroners Service’s report on illicit drug toxicity deaths for March 2022:

“It’s tragic that 165 people lost their lives to the toxic drug crisis in March. My heart is with the families and friends who are grieving, and my thanks to the front-line workers and peers who tried to save them.

“Every life lost is a tragedy. Our government remains committed to doing what it takes to turn the tide on this crisis. Almost every week, new mental-health and substance-use supports are added to save lives, yet the terribly toxic street drug supply continues to take lives.

“We know there is more work to do, and we won’t stop until we turn this crisis around.

“People who use drugs recreationally and regularly are all at high risk. If you plan to use, whether at home, at a party or event, please stay safer.

“You can stay safer by buddying up and downloading the free Lifeguard app, carrying naloxone with you, or visiting a supervised consumption site or an overdose prevention site for free drug checking and other harm-reduction services. For help, please check https://www.stopoverdose.gov.bc.ca/.”

Updated actions on the drug-poisoning response can be found here: https://news.gov.bc.ca/factsheets/escalated-drug-poisoning-response-actions-1

Toxic drugs have claimed the lives of more than 150 British Columbians for the 18th consecutive month, according to the latest preliminary data released by the BC Coroners Service.

“It is encouraging to see a decrease in the number of lives lost in February and March relative to previous months, but we know the illicit drug market continues to present enormous risks to our community members,” said Lisa Lapointe, chief coroner. “We encourage people using substances to exercise great care, use only a small amount first, and make sure someone is nearby to provide emergency aid if necessary. The volatile illicit market remains unreliable and unpredictable, and continues to take the lives of loved ones across the province.”

The 165 deaths in March 2022 represent the second-highest number of lives lost in the calendar month of March, but is 44 fewer than the 209 deaths reported in January 2022. The last time the province experienced a decrease in deaths comparable to those reported in February and March was in September 2021 when 154 deaths were recorded (down from 195 deaths in August). More than 200 deaths caused by toxic illicit drugs were reported in each of the four months that followed.

Expedited toxicological testing continues to provide evidence of the drug supply’s inconsistency and volatility. The detection rate for benzodiazepines, which rapidly increased from 15% of samples in July 2020 to 52% of results in January 2022, were detected in only 32% of tests conducted in March. However, the detection rate of fentanyl and its analogues continues to surge, with 94% of returned samples testing positive in March. Additionally, previously undetected substances such as flualprazolam are being found in increasing numbers of test results.

“Toxic illicit drugs are taking lives and inflicting devastating impacts on people from all walks of life,” Lapointe said. “Along with the obvious tragedy of fatal outcomes, survivors of drug-toxicity emergency events often experience serious long-term health challenges. I am hopeful that implementation of the Death Review Panel’s recommendation to significantly and rapidly expand access to safer supply across the province will begin to diminish the terrible harms people in B.C. are currently experiencing.”

Additional key preliminary findings are below. Data is subject to change as additional toxicology results are received:

BC Centre on Substance Use: http://www.bccsu.ca

BC Centre for Disease Control factsheet on etizolam:
https://towardtheheart.com/assets/uploads/1609802595WXFJCmRP6tu1qI04J8t6BzV