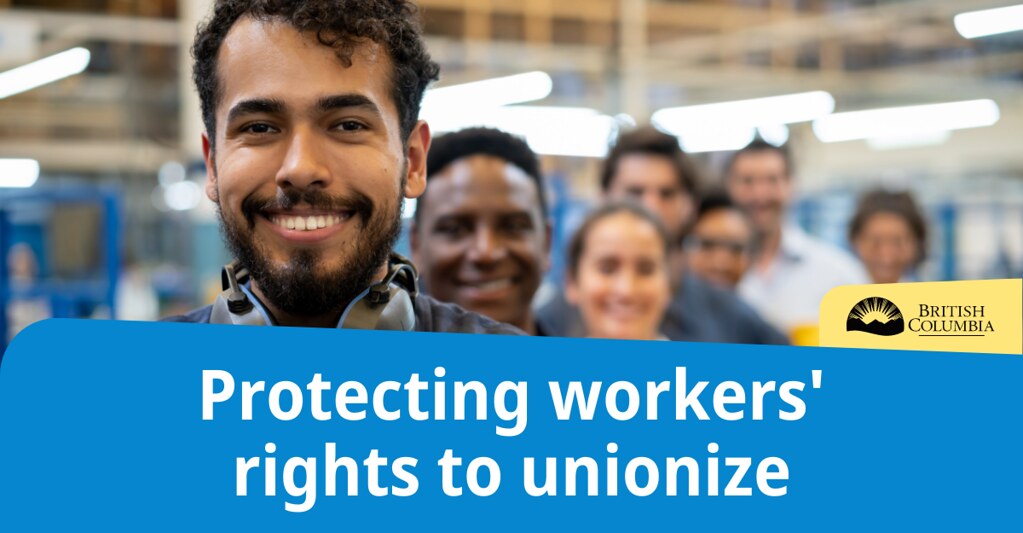 The new single-step certification process will enable workers to join a union when a clear majority of employees indicate they want to, as is the case in jurisdictions such as Quebec, New Brunswick, Prince Edward Island and federally regulated workplaces.

“Throughout this pandemic, we’ve seen that many people want to make their workplaces safer, provide more input to their work schedules and negotiate better wages and benefits, and they should be able to this without barriers,” said Harry Bains, Minister of Labour. “The current two-step system can lead to interference in organizing. Under the Charter of Rights and Freedoms, workers who wish to collectively organize must not be impeded in any way.”

The current two-step system requires a minimum of 45% of workers at a job site to sign membership cards and, once that threshold is reached, workers must then restate their preference for a union through an additional vote – even if a clear majority of workers has already chosen to join the union. It’s at this stage, between the certification application and the vote, that interference can often occur.

Under the new amendments:

“The nature of work has changed, with growing wealth inequality and new types of precarious and gig work,” Bains said. “Workers want to be valued and they want to have a say. This is about giving workers the choice to speak with a collective voice for fair working conditions.”

The amendments to the Labour Relations Code will also affect construction sector unions by allowing workers annual opportunities to switch unions if they are unhappy with their current representation. Current rules can effectively prevent workers from changing unions for three years. The amendments recognize that individual construction projects may only be one or two years in duration, preventing some workers from ever being able to change unions under the current system.

“Single-step certification is crucial in protecting our right to unionize without employer intimidation. This is a win for all workers, but especially for the essential and front-line workers who have been fighting to be treated and paid fairly throughout this pandemic.”

“My co-workers and I joined the union for better wages, benefits and job security. As a care aide, this means more stability for our residents in seniors’ care. Unions create balance and fairness in the workplace. It’s important to remove barriers that make it harder to become a union member.”