by Michael
September 3, 2020Filed under: 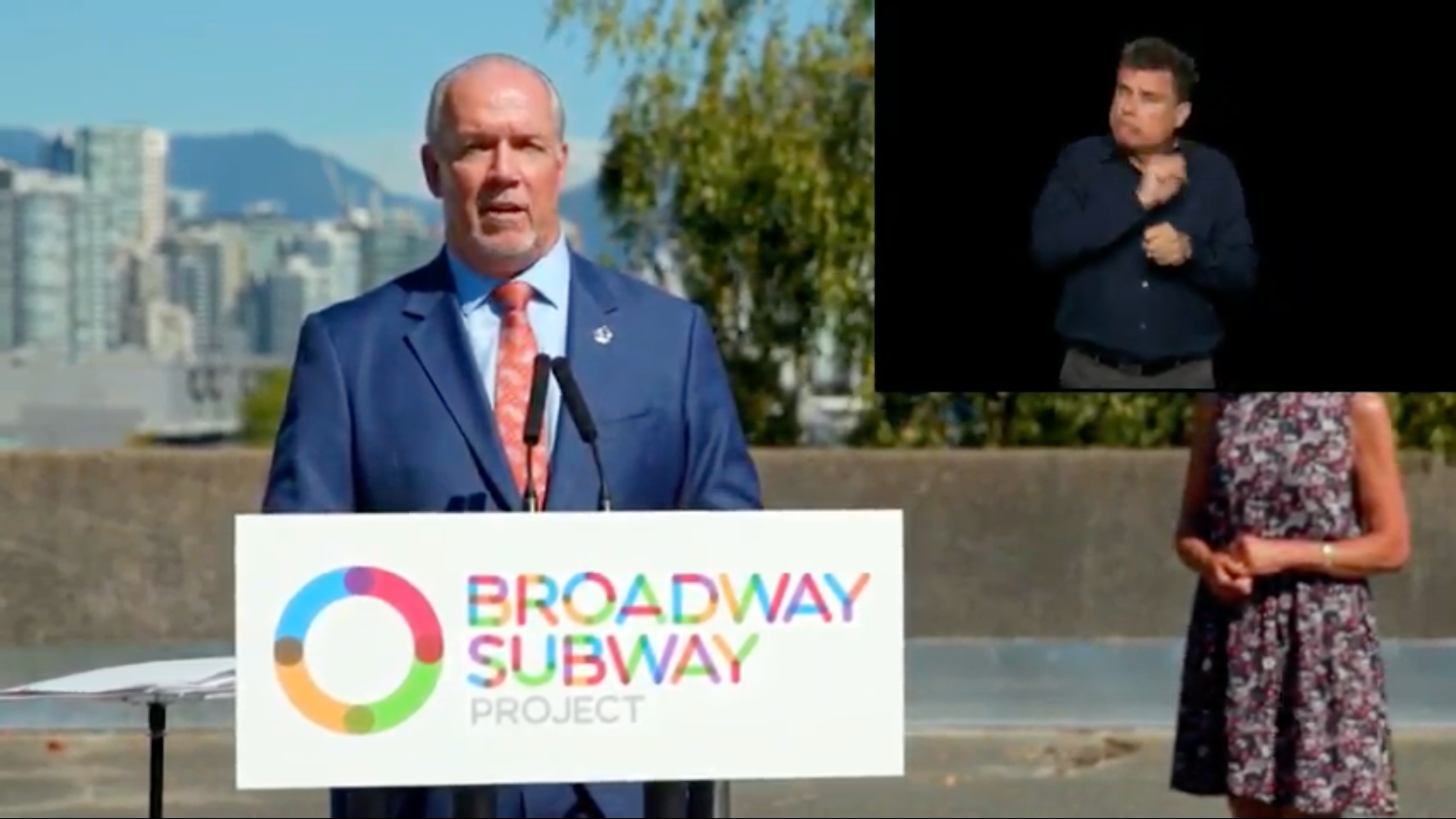 People who live or work in Vancouver are closer to enjoying faster, more convenient travel, with the Government of B.C. awarding a contract to deliver the Broadway Subway.

The contract was awarded to the Broadway Subway Project Corporation, an Acciona-Ghella joint venture. It will also help create jobs and growth as B.C. recovers from the effects of the COVID-19 pandemic.

“As we restore the economy through BC’s Restart Plan, major infrastructure projects like the Broadway Subway line will be key to our recovery,” said Premier John Horgan. “When completed, the Broadway Subway will transform how people get around in Vancouver. It will mean faster travel to work and school, better access to local business and fewer cars on the road.”

“Public transit allows Canadians to get where they need to go in affordable and environmentally friendly ways,” said Joyce Murray, MP for Vancouver Quadra, on behalf of Catherine McKenna, federal Minister of Infrastructure and Communities. “It’s great to see another important step reached in building the Broadway Subway, which will introduce a convenient new green transportation option along one of the city’s busiest corridors. Canada’s infrastructure plan invests in thousands of projects, creates jobs across the country and builds stronger communities.”

The Broadway Subway is a 5.7-kilometre extension of the Millennium Line from VCC-Clark Station to Broadway and Arbutus in Vancouver. Six new underground stations will connect communities and neighbourhoods to make it easier and more affordable to live, work, shop and access services along Broadway.

“The Broadway corridor is the second-largest employment centre in B.C. with more than 85,000 jobs, but growing traffic congestion and transit overcrowding are impacting economic growth and the quality of life for our residents,” said Kennedy Stewart, mayor of Vancouver. “With construction starting soon, we are closer to making an amazing street even better. This project will better the lives of families and workers, and further connect an essential hub to the rest of the region.”

Once opened, the commute from VCC-Clark to Arbutus Station will take 11 minutes, saving the average transit commuter almost 30 minutes a day and relieving traffic congestion along Broadway.

“The Broadway Subway is being constructed along the busiest bus corridor in our region, which was also home to the most used bus route in Canada and the United States last year,” said Kevin Desmond, CEO, TransLink. “This important project will transform the region’s transportation network, reduce congestion and improve travel times for our customers.”

Transportation Investment Corporation (TI Corp) is leading the delivery of the Broadway Subway Project on behalf of the Ministry of Transportation and Infrastructure. TI Corp will provide the controls, practices and other oversight that are essential for this complex project.

The project will be delivered under the Province’s Community Benefits Agreement (CBA). Through the CBA, the project will increase training and apprenticeship opportunities and prioritize hiring locals, Indigenous peoples, women, people with disabilities and other traditionally under-represented groups, including youth, who want to build a career in the skilled trades. BC Infrastructure Benefits is responsible for implementing the CBA for the project and will be the employer for the majority of the skilled workforce on the project.

The Broadway Subway project budget is $2.83 billion, funded and delivered by the Government of B.C., with contributions from the Government of Canada and the City of Vancouver. The Broadway Subway project is a key part of the rapid transit program in Metro Vancouver’s Mayors’ Council 10-Year Vision. The vision is funded by the governments of B.C. and Canada, TransLink and local municipalities.

Project information and construction updates are available online at: www.broadwaysubway.ca