The Top Election Issues according to the Mass Media are Covid Recovery, Childcare, Climate Change, Foreign Policy, Guns, Health Care, Senior Care, Mandatory Vaccination. Yes, every party has these same issues wrapped in their platform with a plan on how they what to fix it. We do need to consider a few track records on the issues and maybe look at who might be behind the scenes trying to pull the strings so they come out on top no matter who wins this election. It is in one of the party’s campaign slogans “ We don’t need more of the same” ironically this is true. What are society doesn’t need is the way of doing things. There are some issues that have been on the table for decades and we have laws and policies in place for things like Abortion that just simply need to be left alone. While we have other issues like Climate Crisis where policy has such large loopholes it can simply just be ignored. We need to really ask ourselves when casting our vote what is no only going to fix Canada but who is going to get Canada back on track with the rest of the world.

A Liberal Government would mean less freedom and more control from Ottawa. We would be faced with a Mandate that will limit us every time we disagree with the party. We might spend more time protesting than we would be living freely. The reason they call the election is not that all the other parties were fighting with them over policy but because they want absolute power. They want to be able to simply write policy without push back from other minds in Parliament is that the kind of democracy we need?

The Conservatives want to limit mandates and possibly give us more freedom and will offer us more jobs. They are offering the big dream of a great country that will fight for the “right” kind of justice globally. The big thing in this platform is a balanced budget and very control government spending. When we listen closely we hear that they are looking to tax more people and take away tax advantages to small businesses and contract workers.

The NDP want to tax the rich and give the money to workers. They also want all of us to be protected from Covid-19 and they want to increase wage subsidies and help people with rent until restrictions for the pandemic can be lifted in a science-based manner. This party want to find better of finding affordable housing and does not want to just give money to developers to build houses that are still out of reach for the average person. The $10 a day childcare program originated with the NDP platform years ago. The idea of having pay sick leave and government subsidy for it was also founded by the NDP. On climate change, they want to cut government money all the oil companies and large corporations that do not use the money to help pay workers or increase benefits that help their employees live better.

Green Party what to better our economy with Green Technology and jobs. They want o to retrain workers so we can leave fossil fuels behind. Under the Green Party, we would not see any more pipelines and the Tar Sand would slowly be shut down. They put more government money into a renewable energy source to help end mining. To get Canada out of Covid they would increase wage subsidies and aids to the average person so a safe and effective way can be found to end the pandemic. 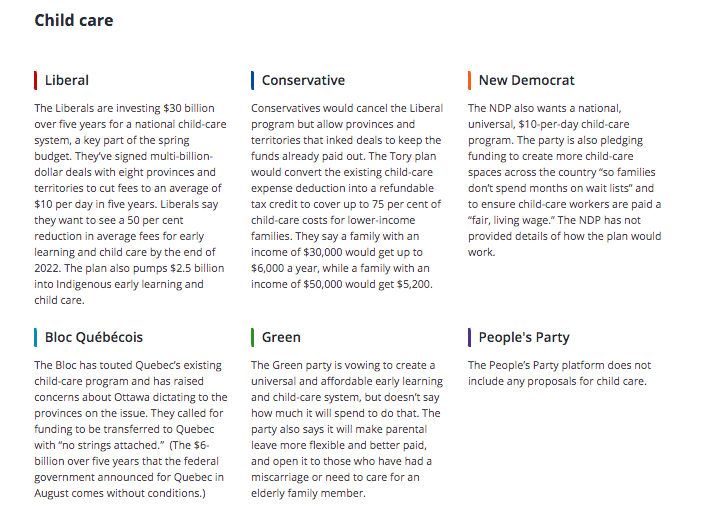 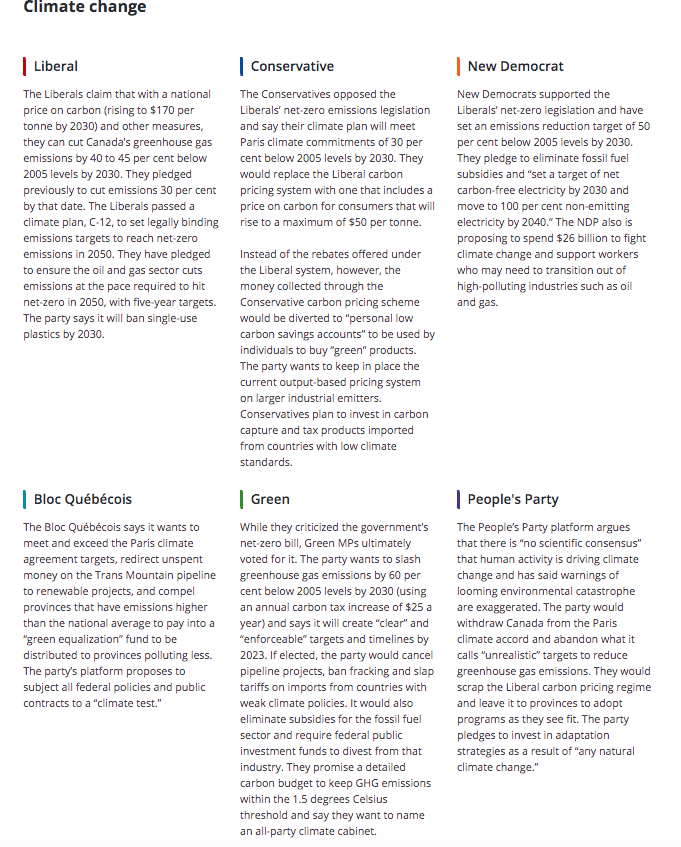 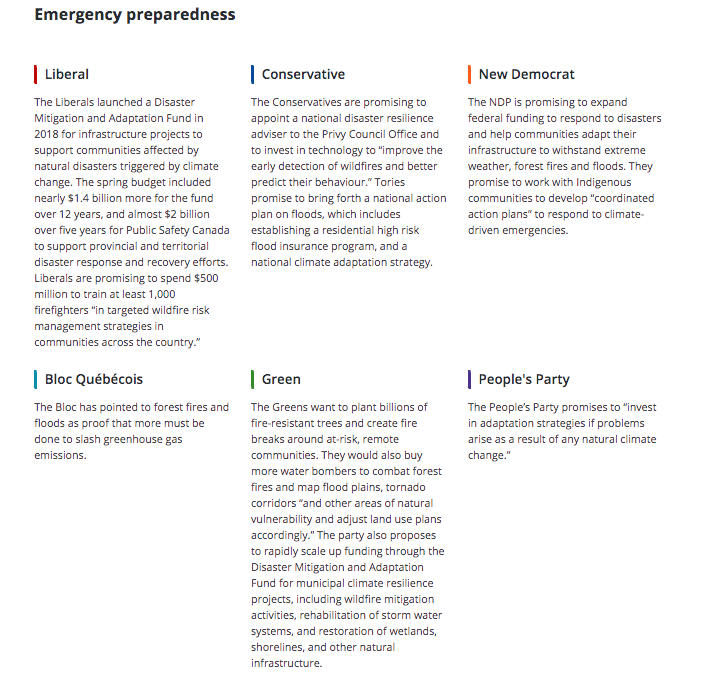 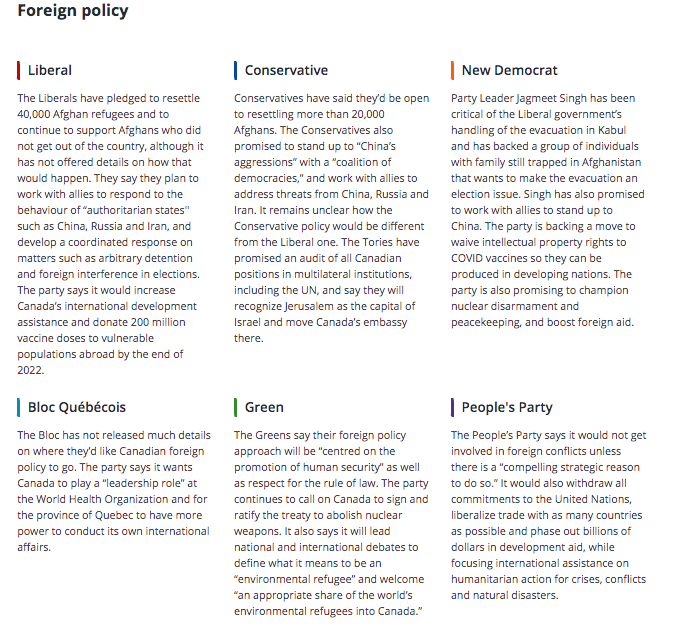 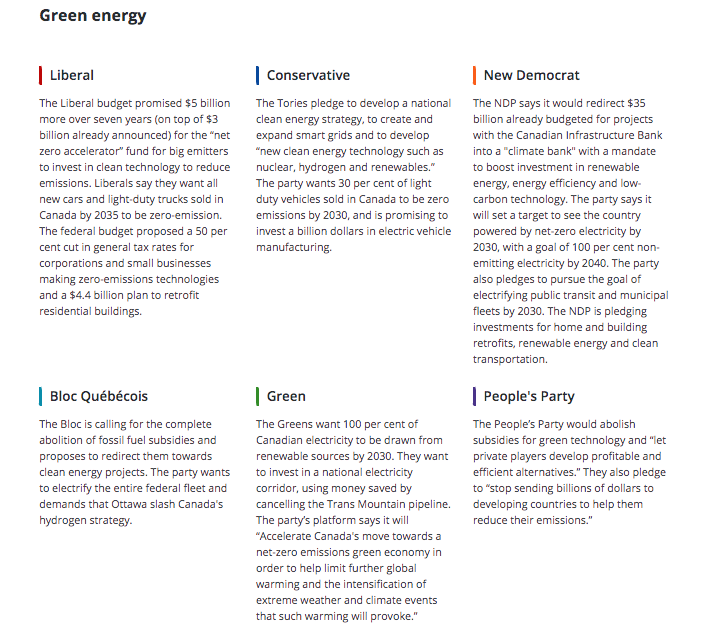 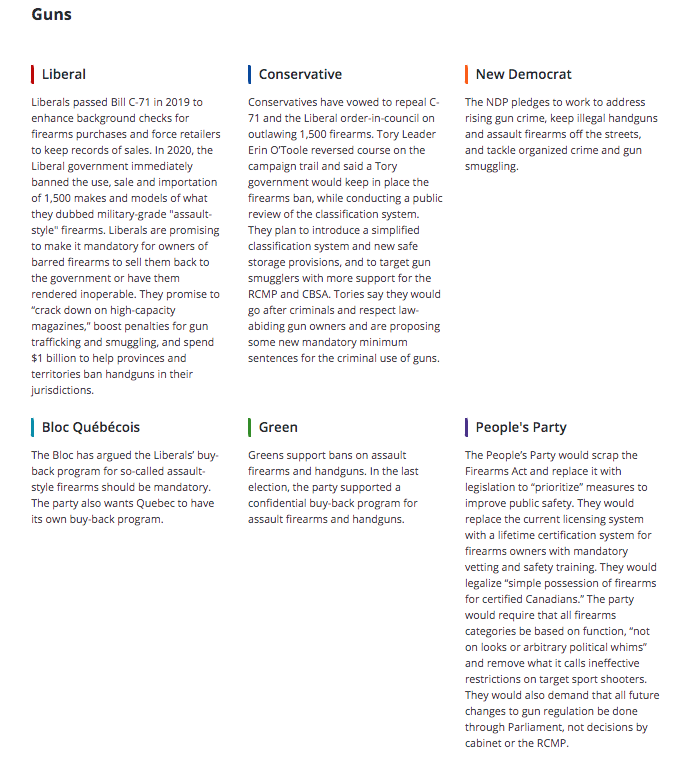 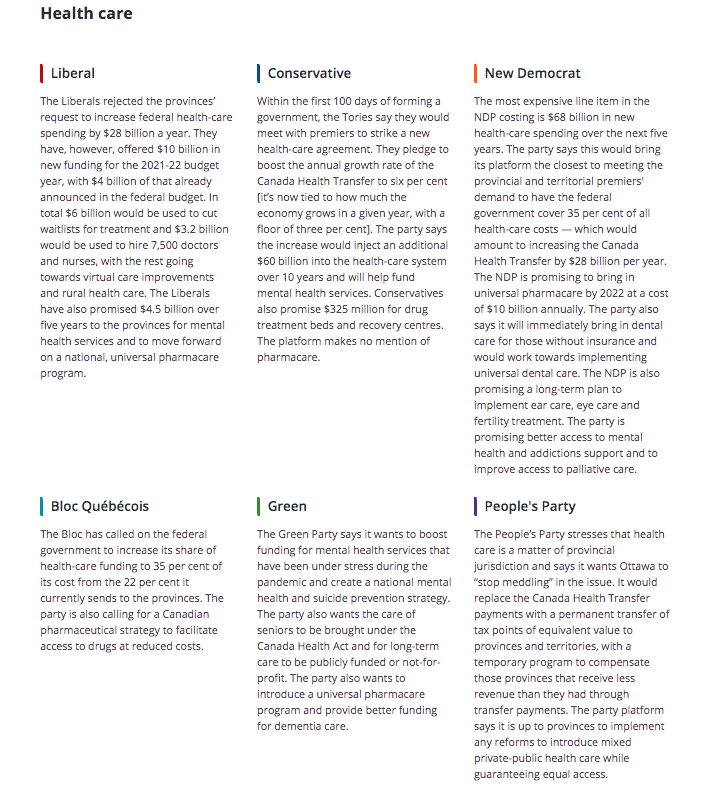 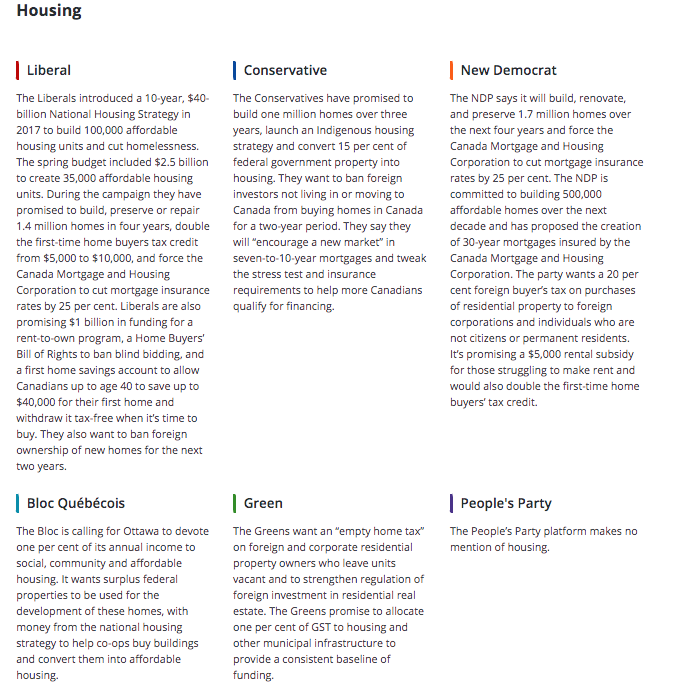 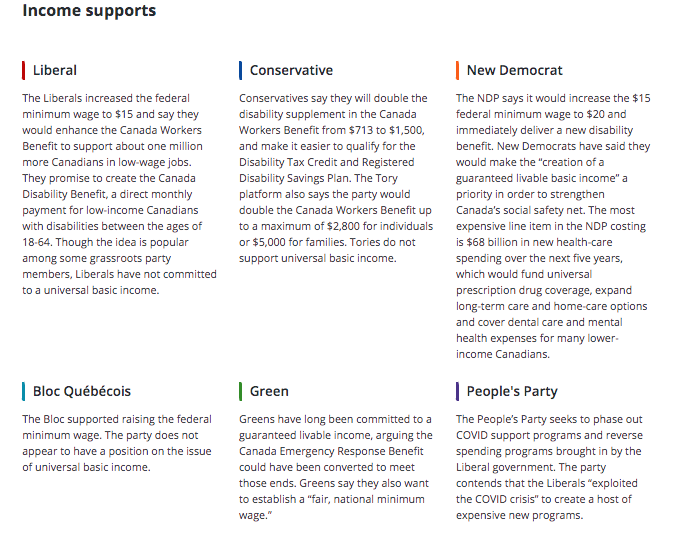 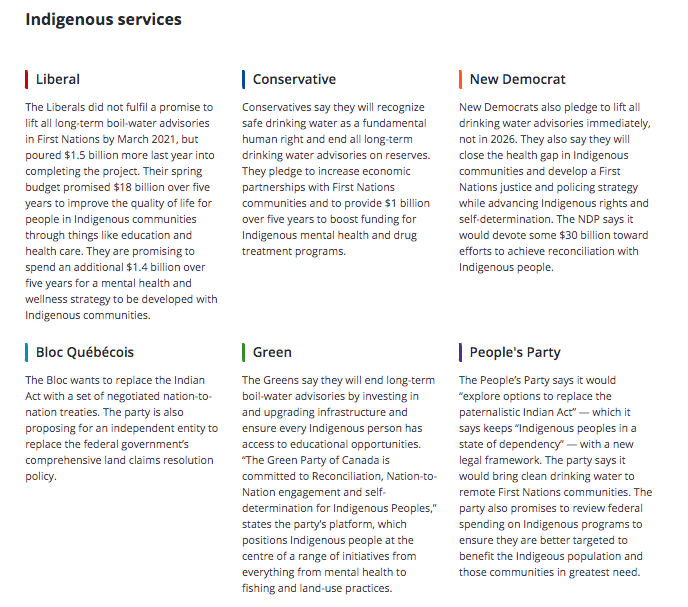 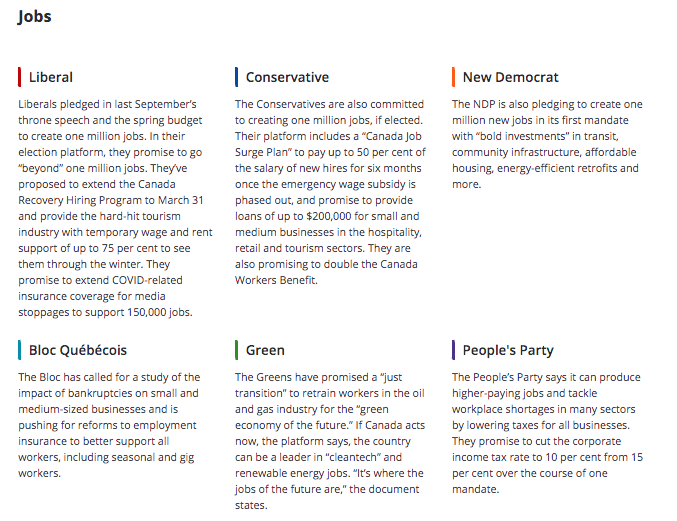 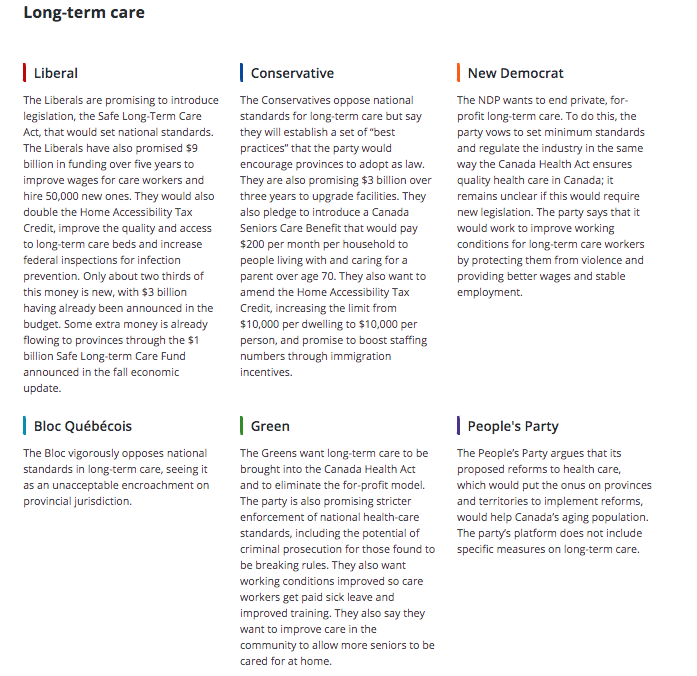 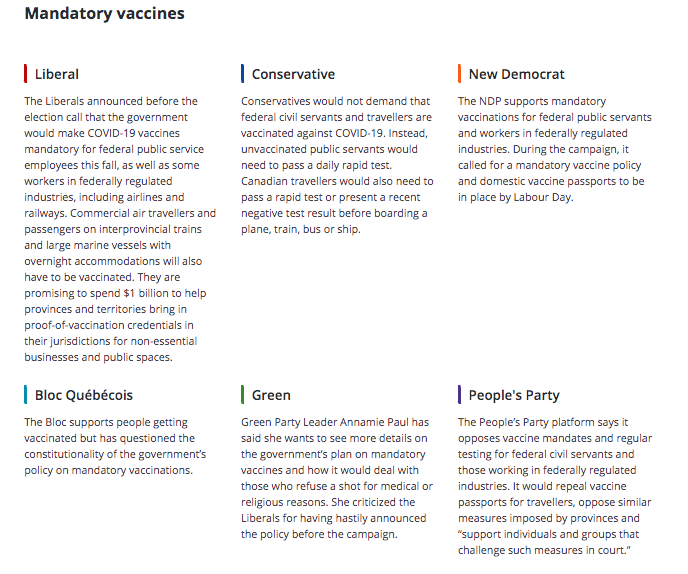 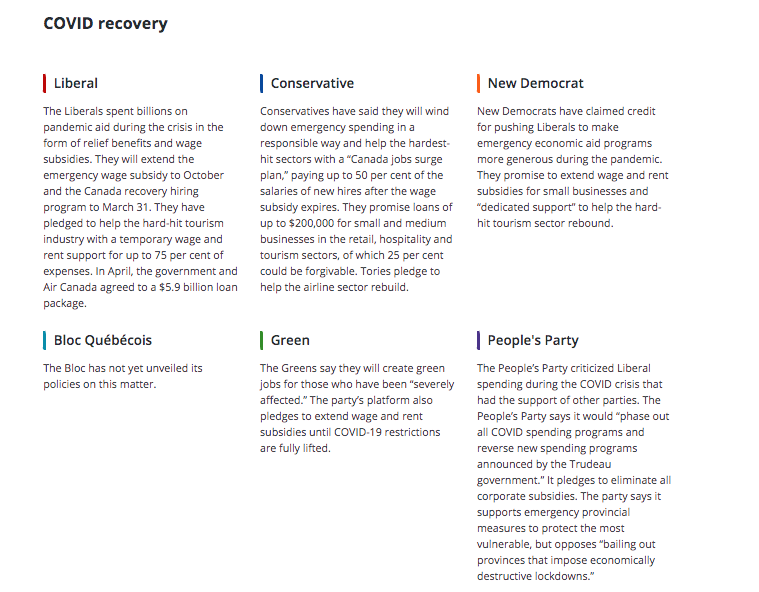 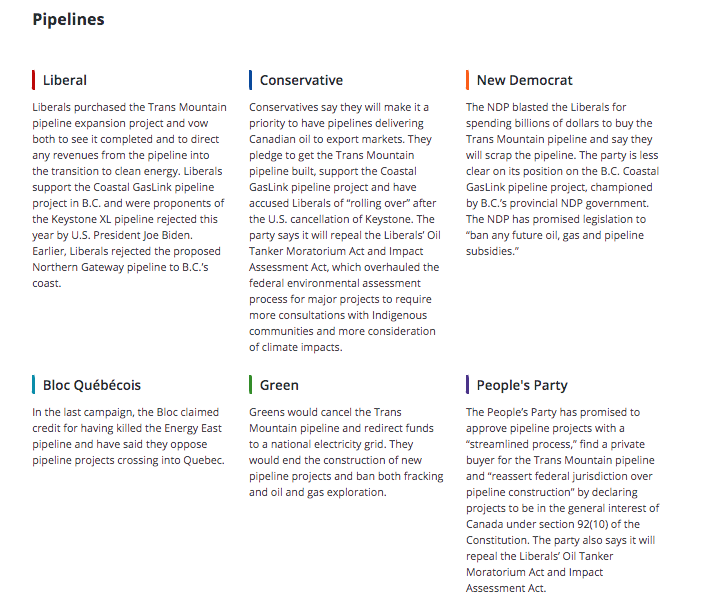 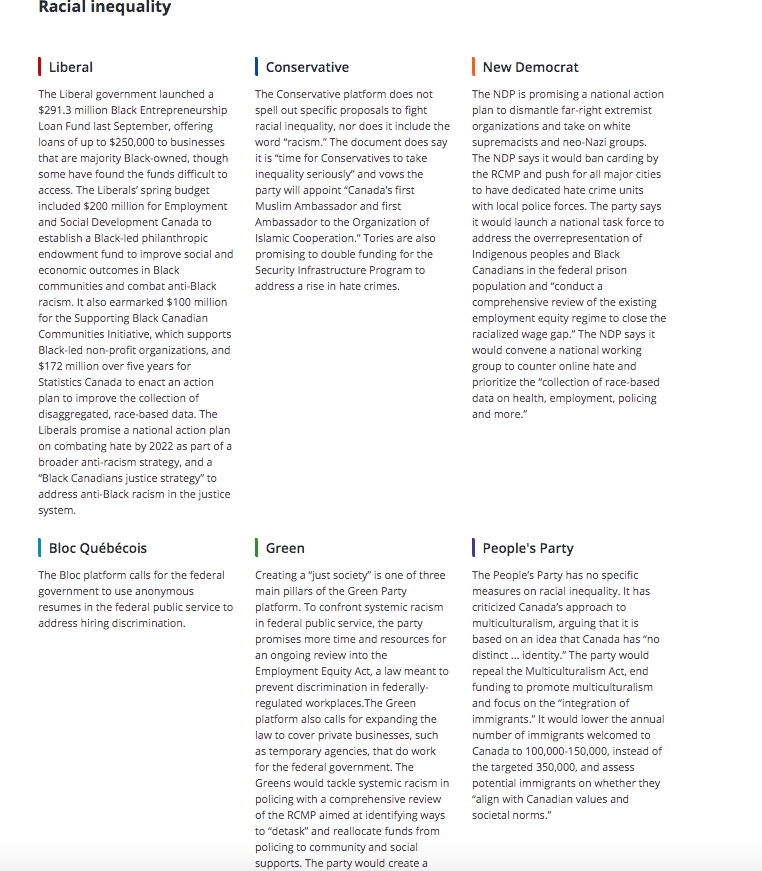 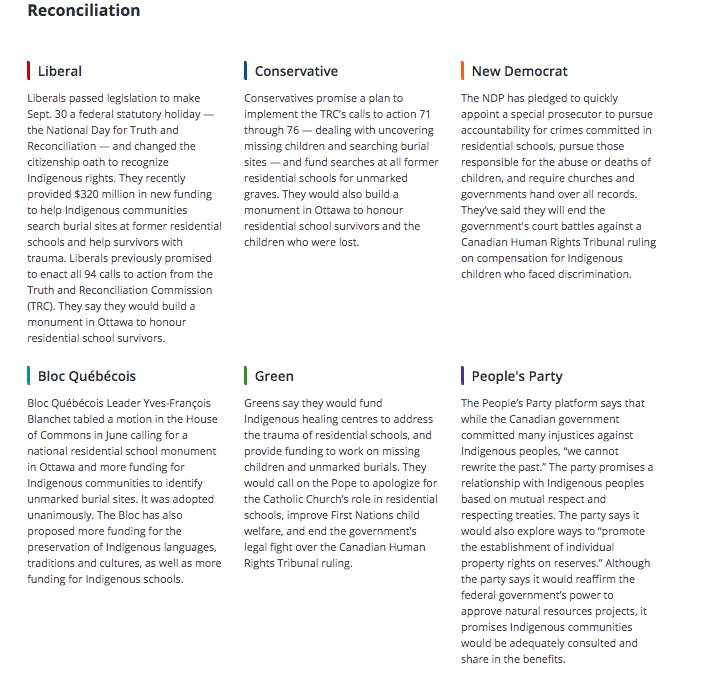 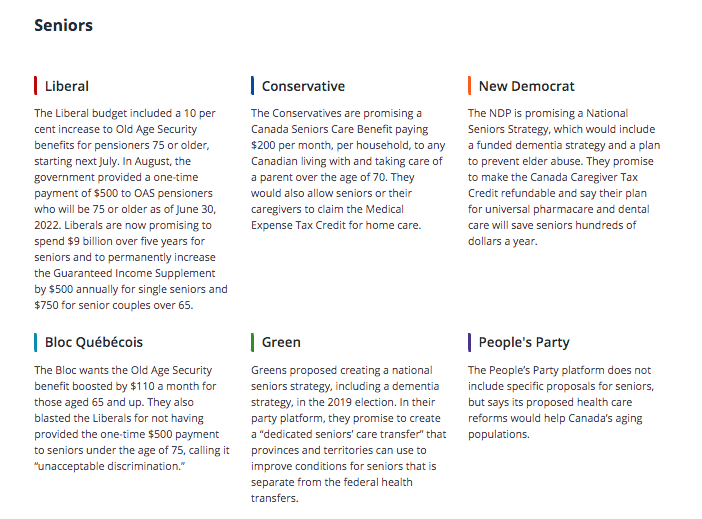 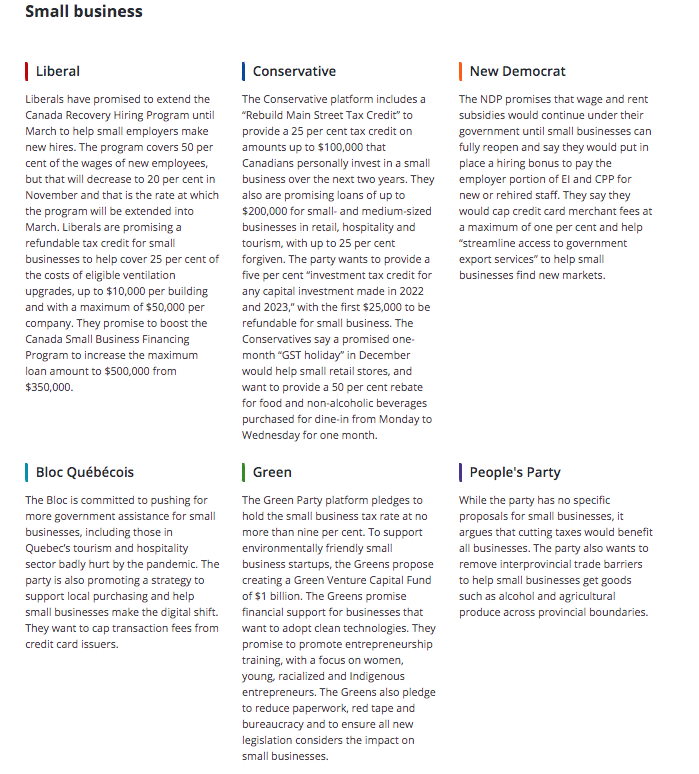