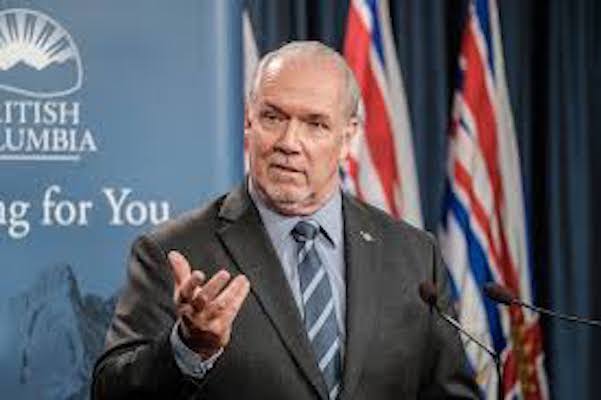 There has been an increasing number of Covid19 infections in British Columbia that is causing concern to the BC Premier and BC Health Officer Dr Bonnie Henry. To this point in the pandemic, this Pacific Coast Province has been able to keep the number of infection down and decided to open commerce and business in a staged plan that moved very slowly. Dr Henry used the number of infection and scientific data and modelling to move commerce along. It is understood that without money moving and businesses being allowed to move forward government debt will increase to a point that will hurt society and people. John Horgan is struggling to keep BC at work and to keep Ferries and Transit working so that BC economy can stay alive and well. He looks to the Ministry of Health to keep us safe and well. Dr Bonnie Henry and Adrain Dix are using the science and advise of the Global Health Experts to advise the people of British Columbia in ways to avoid illness.

British Columbia is seen around the world has a beacon of hope in the battle against COVID19. BC as a community followed the advice of Dr Bonnie and she guided us to flatten the curve and then showed the way to bending the curve. Now, this summer BC has a few people who want to party a celebrate those victories with gathering and parties. those same gathering and parties s are now causing spikes in infection which was something the leaders of the Province did not want. Recently, I took a tour from Gibsons to Keremeos BC to hear and see how small business is adapting to the new rules because of COVID and I heard varying statements of how people are doing really well to statement of real struggle because of this health emergency but the one common theme was how we need to stay with the Health Orders and the advisories provide by Dr Bonnie Henry.

Finally, I would like to say this let follow the orders of Dr Bonnie if she can curb other infectious diseases she can help us live well here in BC. So remember fewer faces and larger spaces. There lots of room for us to spread out and avoid infection.

Listen to “Policy and Right BC Media Update with dr bonnie henry and adrian dix” on Spreaker.