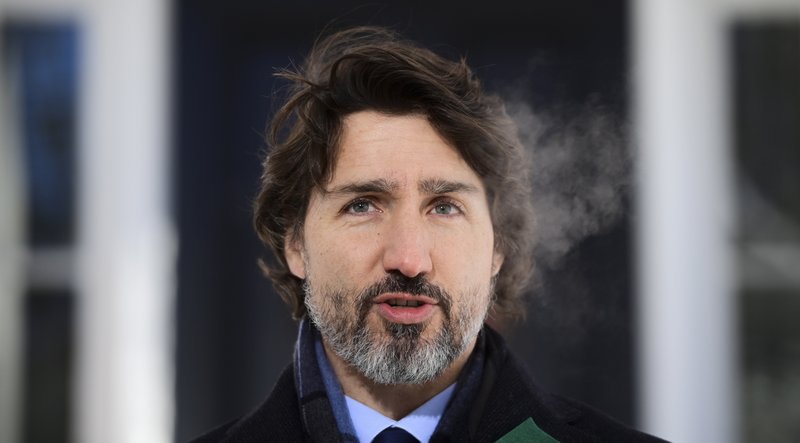 Announced today that all non-essential travelling going through land-based border crossing most submit to covid-19 PCR as well as be quarantine in a government-approved hotel for 14 days. This is a precaution to help prevent more serve strains and mutation of the SARS-COV2 the virus that causes Covid-19 from entering Canada by way of travellers. Canadians citizens will not be denied entry into the country and will be allowed to return home to finish their quarantine at home after a negative PCR test.

What we can do is in cases of no test to show [is] apply a stiff penalty, a fine and demand and ensure a rapid and complete followup to make sure that they are getting tested, that they are being properly quarantined, that they are not putting at risk the safety of other Canadians by returning home without a clear negative test,” Trudeau said.

“As of next Monday people who show up at a Canadian land border on non-essential travel … like returning snowbirds, will be expected to show a negative PCR test from the previous 72 hours.”

Those landing by plane also will soon need to pay for a test after they land as well. The government promised in late January that all air passengers returning from non-essential trips abroad will have to self-isolate in a federally mandated facility for up to 72 hours at their own expense.

It’s still not clear when those new restrictive measures come into place.

The testing requirement is in addition to the mandatory 14-day quarantine period for returning non-essential travellers. The government has had travel restrictions on most foreign nationals in place since March 2020.

No exemption for Canadians who have been vaccinated, yet

Dr. Theresa Tam, the chief public health officer, said last week there is no exemption yet for Canadians who already have received a vaccine.

“The vaccines we have are very effective for individual protection and that’s what we might expect, but you as an individual do not know whether you are completely protected or not,” she said Friday.

“It is a 90 per cent vaccine effectiveness. You could be in the 10 per cent of the population that may have not taken to the vaccine. You still have to respect those public health measures. That is critical … right now, the scientific principle underpinning the application of vaccines for international travel cannot be made … because we do not know the vaccines reduce transmission.”

Most of the people who cross into Canada are actually exempt from quarantine, largely because they are considered essential workers.

The Canada Border Services Agency said that between March 31, 2020 and Jan. 24, 2021, close to 8.7 million travellers came to Canada; 74 per cent of them were exempt from the 14-day quarantine measures. The number is even higher at the land border alone: 92 per cent of those crossing the border were exempt during that time period.

About 4.3 million travellers — almost half the overall number — were truck drivers, said the border agency.

CBSA said the term “traveller” doesn’t mean individuals and a person could cross several times and be counted each time.