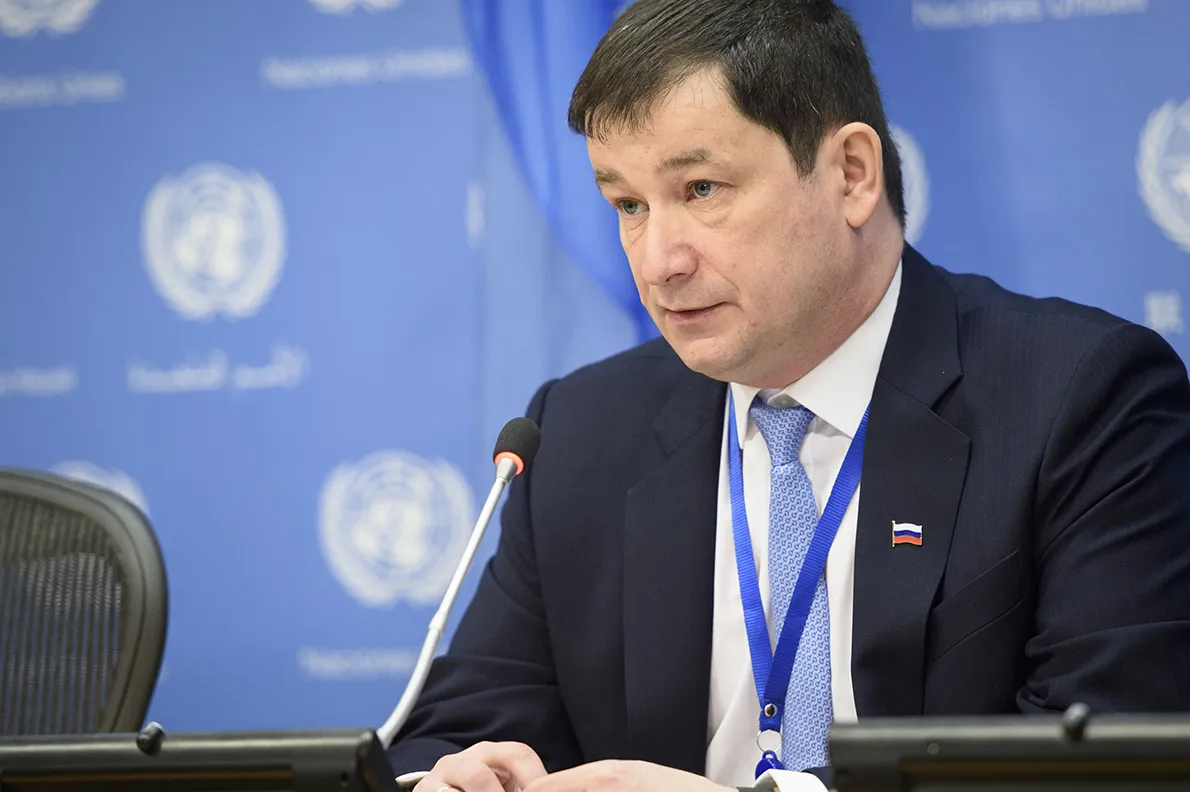 The First Deputy Permanent Representative to the United Nations of the Russian Federation told journalists today (25 Apr) that the Russian ministry of defense “keeps collecting information that the Kyiv regime, backed by the US, is preparing staged provocations in order to accuse the Russian Armed Forces of using chemical, biological, and tactical nuclear weapons.” Speaking to reporters outside the Security Council, Dmitry Polyanskiy said that there are three possible scenarios for this: “The first one is a staged incident under a false flag and actual use of chemical or biological weapons, resulting in casualties among the civilians. Another option, a staged, so-called Russian sabotage at those facilities in Ukraine where components of weapons of mass destruction were produced.” The second scenario, he said, “is a covert use of weapons of mass destruction by the Kyiv regime and radical groups in small volumes for tactical purposes.” In the third scenario, he added, ” the Kyiv regime and radical groups use the weapons of mass destruction on the battlefield in case they fail to get to gain superiority by conventional means.” The Russian diplomat stresses, “what has long been considered as unthinkable is now a realistic scenario plotted by the Kyiv regime encouraged and supported by the USA. There are numerous indications of that. One of them is the hysteria about the possible use of chemical substances deliberately stirred up by the Western media and Western politicians.” He added, “Even if we set aside a proven fact that Russia does not possess any chemical or biological weapons, what is the rationale for using them in Ukraine in the close proximity to the Russian border?” Answering a journalist about the possibility of a ceasefire, Polyanskiy said that “There was a call for a ceasefire, and we opened humanitarian corridors which are not being used by Ukraine, and Ukraine is also compromising our efforts to open these corridors. So, we don’t think that ceasefire is a good option right now because the only advantage it would give, it would give the possibility for Ukrainian forces to regroup and to stage more provocations, like Bucha.”