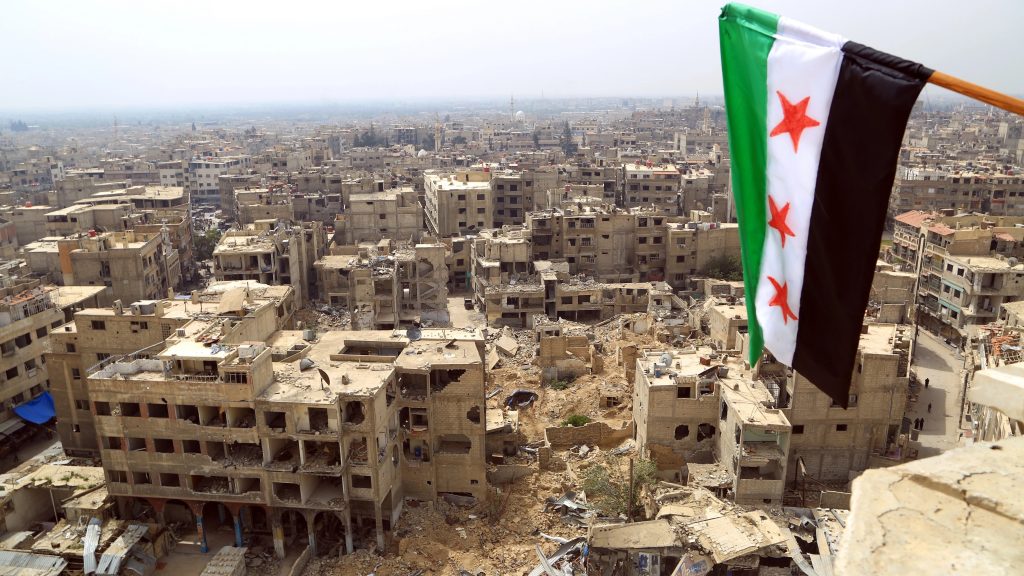 The political process and the prevention of an economic collapse in Syria will not advance meaningfully until violence is curtailed and ultimately ends, the Deputy Special Envoy for that country told the Security Council today, detailing United Nations efforts to address the Syrian peoples’ immediate concerns for safety and security, livelihoods and humanitarian assistance.

Najat Rochdi, Deputy Special Envoy of the Secretary-General for Syria, said that, despite calls for restraint, Syrian civilians are still being killed, detained, displaced and unable to return home safely.  Even in the past two weeks of relative calm, there has been ongoing exchanges of rocket and artillery fire, as well as violent incidents by illicit terrorist groups.

Stabilizing the conflict and advancing a sustainable political solution are the best ways to stem the country’s economic collapse, she said, pointing to a decade of conflict coupled with mismanagement, sanctions, de facto division of the country, COVID-19 pandemic and repercussions of the war in Ukraine.  “A nationwide ceasefire remains a fundamental goal of the political process,” she underscored.

“Syrian women can and must play an active role in shaping the political solution and ensuring that it translates into reality on the ground,” she also stressed.  Discussions with the Syrian Women’s Advisory Board in Geneva brought home the realities of the conflict.  Yet, despite many differences among them, the women in the Advisory Board have demonstrated that common ground can be found.  Progress is possible, and Syrians can come together to rescue their country and focus on its future, she emphasized.

Martin Griffiths, Under-Secretary-General for Humanitarian Affairs and Emergency Relief Coordinator, said the cholera outbreak in Syria is a “stark reminder” of the vital support Syrians need, as well as an indicator of severe water shortages throughout the country.  Although over 4 million Syrians have benefited in 2022 from early recovery projects, the humanitarian response plan for Syria needs $4.4 billion and the regional refugee and resilience plan an additional $6.1 billion.  He called for all pledges to be fulfilled and additional ones to be made and disbursed quickly.

He also noted that, while the United Nations has finalized a revised crossline plan to incrementally ensure further access to people in need, this requires multiple, unimpeded crossline convoys to be carried out.  Calling for relevant parties’ full cooperation to implement this plan, he said that, if successful, it will further complement the massive cross-border operation.

Mazen Darwish, General Director of the Syrian Center for Media and Freedom of Expression, stressed that the local powers sharing Syrian geography have no political or moral legitimacy.  He called for all players there to withdraw their ambassadors and stop using his country as a battlefield to settle scores, and instead start a strategic real partnership with the Syrian people.

He also pointed out that while he wants to return to his country, without legal guarantees and application of international law that would only be giving his executioners a second chance to kill him.  An international mechanism addressing the plight of refugees and the arbitrarily disappeared would be the first time the Council had a real road map to address one of most urgent situations affecting Syrians.

In the ensuing debate, speakers called for the resumption of talks in Geneva by the Constitutional Committee, while others, concerned about the stark humanitarian challenges in Syria, deliberated over the modalities for delivery of humanitarian aid.

The representative of Norway, also speaking on behalf of Ireland as co-sponsor for the Syria humanitarian file, reiterated her support for both cross-border and crossline deliveries.  “This is not a question of either or,” she said, pointing out that conflict, food insecurity, drought, COVID-19 and a collapsing economy all contribute to a heavy toll on the Syrian people.

Still, China’s representative noted that two months after the adoption of resolution 2642 (2022), there has been only one crossline delivery of humanitarian aid, with no improvement in efficiency and scale.  He reiterated that cross-border aid is only a temporary modality made under exceptional circumstances, and transition to crossline relief must be accelerated.

France’s representative stressed that, as winter approaches, progress in crossline access must continue, but cannot replace cross-border operations, which represent an average of 800 truckloads of aid crossing the Turkish border each month.  It was imperative to renew the cross-border humanitarian aid mechanism next January for at least one year, he stressed.

Echoing that, Mexico’s representative underlined that all mechanisms must be available for distribution of humanitarian assistance.  More than 2.4 million people benefit from the cross-border mechanism every month.  She also voiced regret that the ninth session of the Constitutional Committee has not been held, underscoring that “the need to change the location for the talks is being posited as an argument for halting its work.”

The representative of the Russian Federation insisted that, without linking those talks to a specific location, it was important to resume the work of the Constitutional Committee.  His country will continue to facilitate the steady work of the Committee and ensure that Syrians, without outside interference, can come to an agreement on all outstanding issues regarding the future of their country.

The Syrian Government, said that country’s representative, is working to restore security and stability and eliminate all pockets of terrorism.  However, Israeli aggression continues, along with the illegitimate presence of United States troops in Syria and their activities, which continue to violate Syria’s territorial integrity.

He also said that throughout the past 10 years, certain Western countries have been misinterpreting Article 51 of the Charter of the United Nations to justify attacks and transgression on other countries’ sovereignty and independence.  Restoring security and stability in Syria will continue to hinge on Western States stopping their interference in the country’s internal affairs, ending the economic embargo, supporting the end of terrorism, and removing their occupying foreign troops from Syria.

Iran’s representative also said that the illegal presence of foreign forces in the country has created ideal conditions for terrorist activity and must be ended.  Condemning the Israeli regime’s aerial military aggression in Syria, he called on the Council to hold the Israeli regime accountable for such atrocities.  Noting the disastrous consequences of sanctions on Syrians, he said: “It is contradictory to claim concern for the difficult humanitarian situation in Syria while supporting unilateral sanctions against the Syrian people.”

Nonetheless, Türkiye’s representative, calling the cross-border aid mechanism a reflection of the international community’s commitment to maintain accountability, along with Syria’s sovereignty and territorial integrity, stressed that a sustainable solution to the conflict in Syria will only be achieved through political means pursuant to resolution 2254 (2015).  This requires the holding of elections under United Nations supervision, he said.