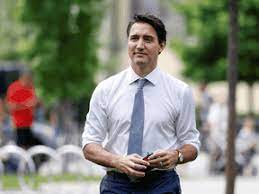 Prime Minister Trudeau congratulated Alternate Prime Minister Lapid on forming a new Israeli government with Prime Minister Naftali Bennett following the election on March 23, 2021. Prime Minister Trudeau highlighted the close relationship and steadfast friendship between Canada and Israel, based on shared values and strong people-to-people ties. The two leaders discussed their common commitment to democracy and to strengthening cooperation between their countries.

Prime Minister Trudeau reaffirmed his belief in the right of Israelis and Palestinians to live with dignity, without fear, and with their human rights respected. He underscored Canada’s commitment to reaching a comprehensive, just, and lasting peace in the Middle East, including the creation of a Palestinian state living side-by-side in peace and security with Israel. He also reiterated Canada’s opposition to unilateral actions that prejudge the outcome of direct negotiations or jeopardize the prospects for peace. He expressed Canada’s readiness to support efforts towards lasting peace, security, and prosperity.

The two leaders looked forward to working together to further strengthen the relationship between their respective countries.