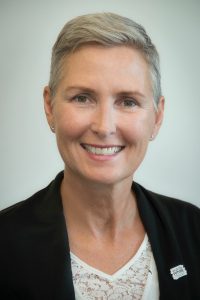 Mary Ellen Turpel-Lafond was commissioned by Adrian Dix many weeks ago to investigate rumours about a game that was gambling on the lives of Indigenous People in British Columbia. The game was to guess the blood alcohol level of Indigenous People when they entered the emergency room. The real fear is that people would receive a different level of care according to their appearance and heritage. The idea that every Indigenous person that enters the ER is drunk or using drugs. This would lead o some very serious assumptions that limit a true investigation into what is wrong with a person when they seek medical care. While, the game was not found to be widespread the healthcare system was found to have many prejudices built into the system. The kind of systemic racism that was found in the healthcare needs to come to an end according to Turpel Lafond and Dix.

The review examined health utilization and outcome data of approximately 185,000 First Nations and Métis patients; data showing that racism limits access to medical treatment and can negatively affect the health and wellness of Indigenous peoples. In particular, the review found that Indigenous women are disproportionately impacted by racism in health care and that racism contributes to Indigenous people being disproportionately affected by the current public health emergencies of COVID-19 and the overdose crisis. A separate review data report, which will offer a deep look into the health system s performance when serving Indigenous people, will be released next month.

Some recommendations that are being suggested to root out and end this type of discrimination are :

But are they enough to even be a good start? We have been fighting against racism and the idea of supremacy based on skin colour, culture and heritage. Turpel-Lafond is desperately trying to make real changes in our society by starting in the one system that has the biggest effect on how our society lives. We all know that it is easier to find success and happiness if you are healthy, trauma and pain-free. Indigenous people are subjected to a higher rate of trauma. The emotion pain the has been pushed into this group of people is overwhelming. They have been stripped of their culture and the stories about the First Nations and the culture that goes with them is looked down on and taught in the school systems to be substandard.

Turpel-Lafond states in the report that not every First nation person will receive mal-treatment because of racist behaviour but if just one person is mistreated because racism shouldn’t that person asked to leave the medical profession and if the system would allow it to happen shouldn’t it be changed to a system that provides equality in the treatment of illness.

Listen to “Systemic Racism in BC Healthcare” on Spreaker.