The Prime Minister, Justin Trudeau, today issued the following statement on the death 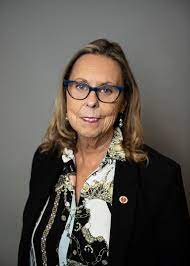 “Today, I join Parliamentarians, the people of New Brunswick, and all Canadians to mourn the passing of the Honourable Judith Keating, Q.C., Senator for New Brunswick.

“Ms. Keating will be remembered as a distinguished legal and constitutional expert and as a champion for women’s empowerment in the legal profession. She was the first woman to serve as Deputy Minister of Justice and Deputy Attorney General of New Brunswick. She was appointed Queen’s Counsel in 2002, and received the 2015 Muriel Corkery-Ryan Q.C. Award in recognition of her significant work in the legal profession and her role as a mentor to women.

“Ms. Keating was an active member of her local community, and made many important contributions over her decades of public service in the Government of New Brunswick.  Most notably, she worked tirelessly to advance language equality and promote reconciliation with Indigenous peoples in the province. She helped draft the province’s Official Languages Act, and was provincial chair of the Working Group on Truth and Reconciliation in New Brunswick.

“On behalf of the Government of Canada, Sophie and I offer our sincere condolences to Ms. Keating’s family, friends, and colleagues.”