The death penalty is a failure in our society. It is a failure of a government to correct criminal behaviour. It is deciding that we are no better than the murder who killed someone, to begin with. When we use the death penalty, it is our society deciding to commit murder again. We are saying that we need to punish the person who committed the very first murder they took the life of someone in an undue and unfair manner. They ended another person’s life, making sure that they have no more potential. No more opportunities.  For us to do the same thing to that offender is saying that we as a society are no better and that the law does not represent justice. It represents something different. It represents the ideals of a darker age. In modern society, we can eliminate the death penalty and rehabilitate those who have committed even the most heinous and disastrous of crimes. We should all be standing against public executions, government-sanctioned executions around the world and hope for a more peaceful means of rehabilitating those who have committed crimes. 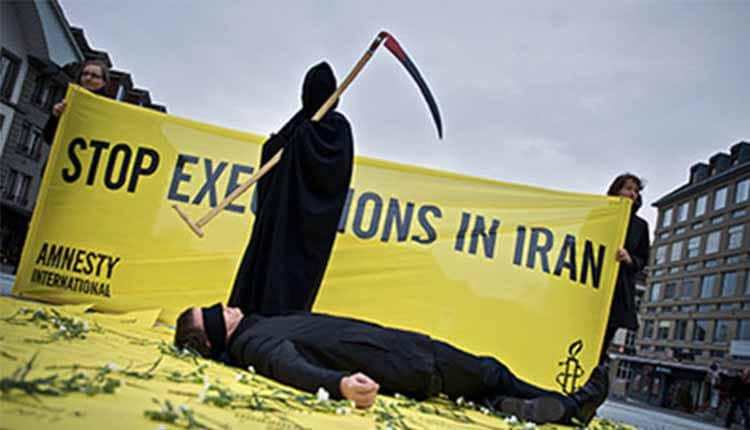 Mr. Shahbazi, now 20, was 17 when he was arrested for fatally stabbing a classmate during a fight involving four people.

He was scheduled to be executed on 5 January, which was temporarily halted.

The experts said the court had relied in part on confessions reportedly obtained under torture and ill treatment when Mr. Shahbazi was interrogated by police for 11 days.

During this time, he was also denied access to a lawyer and his family.

“We urge the Iranian authorities to immediately and permanently halt the execution of Hossein Shahbazi and annul his death sentence, in line with international human rights law,” the experts said in a statement.

They added that Mr. Shahbazi’s execution had been scheduled to take place four times, causing irreversible psychological pain and suffering to him and his family.

The UN experts had previously raised concerns about the death sentence and imminent execution with the Iranian authorities on 7 June 2021 and again the following month.

The Government responded that a stay of execution had been granted to facilitate reconciliation for pardon.

“We underline again that reconciliation efforts do not replace the Government’s obligation to prohibit such executions,” the experts said.

“International law unequivocally forbids the imposition of the death penalty on persons below 18 years of age. Iran must observe its international obligations by imposing de jure and de facto moratorium (this should really be moratoria, but since it’s a direct quote, they can take the grammatical rap) on the execution of juvenile offenders once and for all.”

More than 85 juvenile offenders are currently on death row in Iran, according to the experts.

Last November, the UN human rights office, OHCHR, condemned the execution of another juvenile offender, Arman Abdolali, 25, who was accused of murder when he was 17.

OHCHR also deplored that Mr. Abdolali had been transferred to solitary confinement six times ahead of his scheduled execution, which was postponed each time before he was hanged on 24 November 2021.

They receive their mandates from the UN Human Rights Council in Geneva, and are neither UN staff nor are they paid by the Organization.