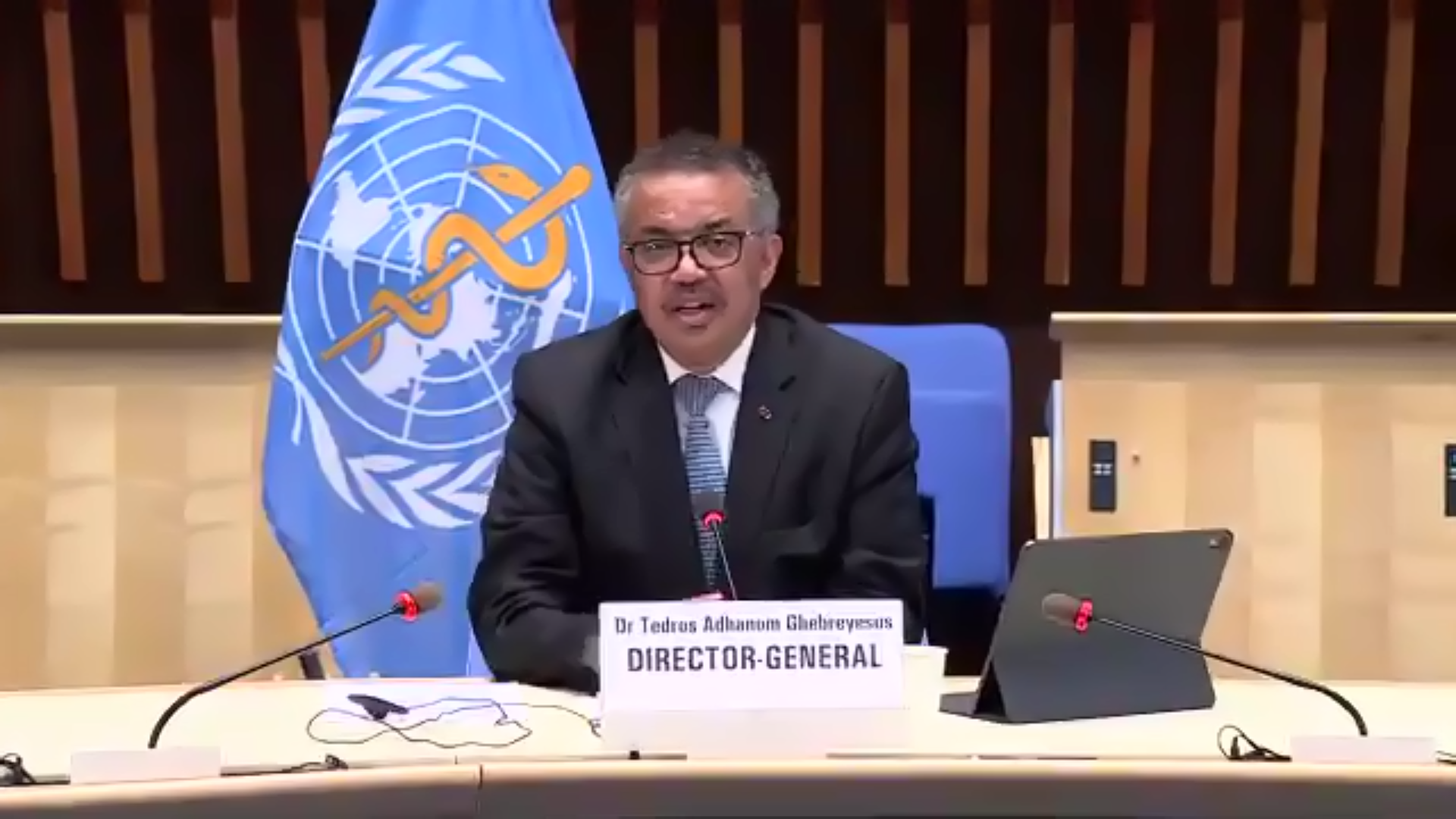 The Democratic Republic of the Congo declared an outbreak of meningitis in the north-eastern Tshopo Province, with 261 suspected cases and 129 deaths reported.

Health authorities have deployed an initial emergency team, and WHO is supporting the response.

More than 100 patients are already receiving treatment at home and in health centres. WHO has provided medical supplies and plans to deploy more experts and resources.

Meningitis is a deadly and debilitating disease, with serious health, economic and social consequences.

Later this month, WHO and our partners will launch the Defeating Meningitis Roadmap, the first global initiative to address this devastating disease.

The roadmap has three key objectives:

Ending epidemics of bacterial meningitis, like the one in DRC;

Reducing bacterial meningitis cases by 50% and deaths by 70%;

And supporting survivors to address disability and improve quality of life.

This outbreak in DRC is another reminder that although the COVID-19 pandemic continues to dominate headlines, it’s far from the only health threat to which WHO is responding around the world.

So many of these situations are long-term challenges that don’t seem to have obvious or immediate solutions.

But the COVID-19 pandemic does.

People are dying who should not be. More than 50 thousand people have died with COVID-19 every week since October last year, and for the past month, deaths have remained at almost 70 thousand a week.

We have the solutions to stop transmission and save lives.

But those solutions are either not being used well, or not being shared well.

The inequitable distribution of life-saving tools including diagnostics, oxygen, personal protective equipment and vaccines is driving a two-track pandemic.

Some countries with the highest vaccine coverage are now seeing a de-coupling of cases and deaths, which is allowing them to reopen their societies without their health systems being overwhelmed.

While cases in some of these countries are increasing among unvaccinated people, hospitalizations and deaths have remained relatively low, thanks to vaccines and earlier clinical care.

However, premature relaxing of public health and social measures is putting unvaccinated and immunocompromised people at extreme risk.

Additionally, some countries are refusing entry to people who have been fully vaccinated with a vaccine that has WHO Emergency Use Listing, but which has not been approved by their own national regulators.

This is creating more chaos, confusion and discrimination, with some countries even refusing to use certain vaccines because of concern their citizens will be denied entry to other countries.

We thank those countries that recognize all vaccines with WHO Emergency Use Listing, and we call on all countries to do the same.

Almost every low-income country is already rolling out the vaccines they have, and they have extensive experience in large-scale vaccination campaigns for polio, measles, meningitis, yellow fever and more.

But because manufacturers have prioritised or been legally obliged to fulfil bilateral deals with rich countries willing to pay top dollar, low-income countries have been deprived of the tools to protect their people.

There has been a lot of talk about vaccine equity, but too little action.

High-income countries have promised to donate more than 1 billion doses, but less than 15% of those doses have materialised.

Manufacturers have promised to prioritize COVAX and low-income countries.

We don’t want any more promises. We just want the vaccines.

A month ago, I called for a global moratorium on booster doses at least until the end of September, to prioritise vaccinating the most at-risk people around the world who are yet to receive their first dose.

There has been little change in the global situation since then, so today I am calling for an extension of the moratorium until at least the end of the year, to enable every country to vaccinate at least 40% of its population.

Third doses may be necessary for the most at-risk populations, where there is evidence of waning immunity against severe disease and death – such as the very small group of immunocompromised people who did not respond sufficiently to their initial doses, or are no longer producing antibodies.

But for now, we do not want to see widespread use of boosters for healthy people who are fully vaccinated.

Yesterday, the International Federation of Pharmaceutical Manufacturers Association said that G7 countries now have enough vaccines for all their adults and teenagers, and to offer booster doses to at-risk groups, and that manufacturing scale-up should now shift to delivering global vaccine equity, including dose sharing.

When I read this, I was appalled. In reality, manufacturers and high-income countries have long had the capacity to not only vaccinate their own priority groups, but to simultaneously support the vaccination of those same groups in all countries.

We have been calling for vaccine equity from the beginning, not after the richest countries have been taken care of.

Low- and lower-middle income countries are not the second or third priority. Their health workers, older people, and other at-risk groups have the same right to be protected. I will not stay silent when the companies and countries that control the global supply of vaccines think the world’s poor should be satisfied with leftovers.

Earlier this week, I had the opportunity to attend the G20 Health Ministers’ Meeting in Rome.

I said that as the world’s largest producers, consumers and donors of vaccines, the world’s 20 leading economies hold the key to vaccine equity and ending the pandemic.

I called on them to support the achievement of WHO’s global vaccination targets, by doing three things:

Second, by fulfilling their dose-sharing pledges by the end of this month at the latest;

And third, by facilitating the sharing of technology, know-how and intellectual property to support regional vaccine manufacturing.

We have the tools. It’s clear what needs to happen.

Now is the time for true leadership, not empty promises.