With the United States and Canada withdrawing from Afghanistan there has been nothing but chaos and terror, Those who had welcomed and helped forces and military from the US and Canada are now in hiding from the Taliban rule. These people are diplomats and language interpreters who help bridge cultural and language barriers. These same people are living in fear of being killed by Taliban Militants seeking to eliminate any who don’t share their extremist views. One could say that they are not truly Muslim because they do not believe in equality for all those who follow Allah. The United States President Joe Biden and Justin Trudeau Prime Minister of Canada agree that neither country will recognize Taliban Leaders while they discriminate and abuse women and children of Afghanistan. Because of the Taliban restrictions, the World Health Organization in concerned about medical aid will be cut off. 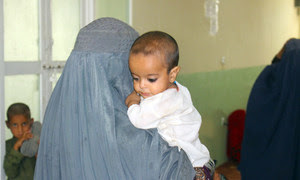 According to the UN health agency, 70 WHO-supported medical facilities across Afghanistan treated nearly 14,000 conflict-related cases last month, which compares with 4,057 cases seen a year ago.

“Sustained access to humanitarian assistance, including essential health services and medical supplies, is a critical lifeline for millions of Afghans, and must not be interrupted”, said Dr. Ahmed Al-Mandhari, WHO Regional Director for the Eastern Mediterranean.

In a related development, following the Taliban takeover and amid ongoing apprehension over the safety of minorities, rights defenders and others in in the country, the Human Rights Council announced a special session to address “serious human rights concerns”.

The all-day debate, scheduled for Tuesday, follows an official request submitted yesterday jointly by Pakistan and Afghanistan with the support of 89 countries, to date.

It also comes after repeated warnings from UN rights chief Michelle Bachelet about the ramifications of failing to stem rising violence in the country and the “disastrous consequences” for the people of Afghanistan.

In a statement, WHO’s Dr. Al-Mandhari explained that months of violence has heavily impacted Afghanistan’s already fragile health system, which continues to face shortages in essential supplies amid the ongoing COVID-19 pandemic.

The WHO senior official also insisted that the health UN agency is “committed to staying” in Afghanistan, despite the uncertain situation following the Taliban takeover on Sunday.

Although initial health needs assessments of displaced populations have been taking place, further interventions “have been on hold for the past 36 hours” owing to insecurity, the WHO official added.

Meanwhile, in areas where people have fled in search of safety and shelter –including Kabul and other large cities – there have been increasing cases of diarrhoea, malnutrition and high blood pressure among the displaced.

“Delays and disruptions to health care will increase the risk of disease outbreaks and prevent some of the most vulnerable groups from seeking life-saving health care”, Dr. Al-Mandhari said. “There is an immediate need to ensure continuity of health services across the country, with a focus on ensuring women have access to female health workers”.

The WHO official’s comments came after the top UN aid coordinator for Afghanistan, Ramiz Alakbarov, appealed to the international community for support.

In a statement on Tuesday, Mr Alakbarov said that while the situation remained “highly complex” humanitarian agencies were committed to supporting vulnerable people in Afghanistan “who need us more than ever”

And in an interview with a leading news agency, he underscored that the UN would “stay in Kabul and…deliver”.