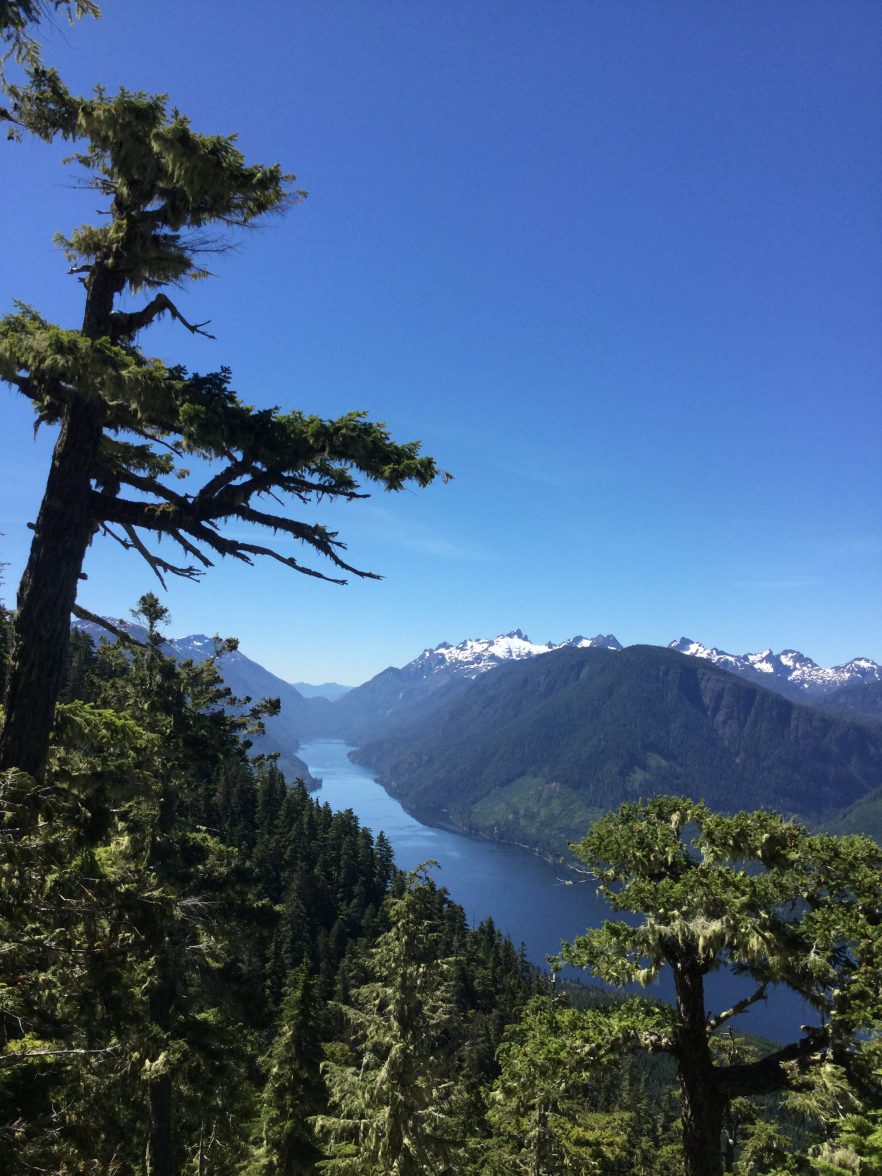 Our forest and climate crisis go hand in hand. Our forests around the world process carbon via CO2 back in to the ground. These grand trees reach into the air filter the CO2 and exchange oxygen back in the air. To date, an enormous amount the forest around the world has been clear cut or burned because of industry. Science is telling us that we need to stop the destruction of the forest and if we want to curb climate temperature to 1.5 C. Climate action is not going to be about end fossil fuel and finding better ways to produce energy. Climate action programs will probably require curbing of deforestation and ending fossil fuels

Article from the United Nations.

Fittingly, the COP26 plenary today was lit up in green, and the room was filled with the sounds of chirping birds and rustling leaves coming from the giant video screens and speakers. There even seemed to be general calm among the delegates, almost as if they were already breathing cleaner air.

“Today is going to be a monumental day, we are setting the tone of how we can preserve the lungs of the world,” declared Master of Ceremony Sandrine Dixson-Declève, who welcomed participants to the key Leaders Event on Forest and Land Use at COP26 on Tuesday.

Next, a film narrated by Sir David Attenborough played on the screens.

“By destroying forests, we are harming biodiversity and our lives… Forests provide fresh water, clean the air we breathe, inspire spiritual value, and provide us with food…Our challenge now must be to halt deforestation and beginning to restore forests. It is a huge undertaking, and every country will need their own table approach.”

UK Prime Minister Boris Johnson came to the podium to announce that at least 110 countries representing 85 per cent of the planet’s forests had signed the pivotal COP26 Glasgow Leaders Declaration on Forests and Land Use, committing to halt and reverse deforestation by 2030.

“Protecting our forest is not only a course of action for tackling climate change but also for a more prosperous future,” he said.

Mr. Johnson highlighted that China, Russia and Brazil have also joined the promise, which he believed could be also a ‘parallel’ opportunity for job creation.

Russian President, Vladimir Putin, and well as Brazil’s, Jair Bolsonaro, appeared in a pre-recorded message supporting the pledge, among other leaders absent from the COP.

“Signing the Declaration is the easy part. It is essential that it is implemented now for people and the planet,” UN chief António Guterres urged on his official twitter account.

What’s in the Declaration?

Through the Declaration, leaders promise to strengthen their shared efforts to conserve forest and other terrestrial ecosystems and accelerate their restoration, as well as facilitate sustainable trade and development policies, internationally and domestically.

The text also notes the empowerment of local communities, including indigenous peoples, which are often negatively affected by the exploitation and degradation of forests.

The Declaration aims as well to implement and redesign agricultural policies and programmes to reduce hunger and benefit the environment.

Finance is also key on the pledge, as leaders promised to facilitate the alignment of financial flows with international goals to reverse loss and degradation, while ensuring policies to accelerate a transition to a greener economy.

The commitment signed by more than 30 financial institutions covering over $8.7 trillion of global assets under management seeks to change that. It aims to move away from portfolios that invest in high deforestation-risk agricultural commodity supply chains and towards sustainable production.

The President of Indonesia, Joko Widodo, joined Boris Johnson in announcing that 28 countries, representing 75 per cent of global trade in key products that threaten forests such as palm oil and cocoa, have committed to a set of actions to deliver sustainable trade.

“Guilt-free chocolate!” the UK Primer Minister shouted, as he noted that the Forest, Agriculture and Commodity Trade Roadmap for Action is a new partnership between governments of major producer and consumer countries to break the link between deforestation and agricultural commodities.

The Roadmap will accelerate actions that incentivize sustainability in the supply chain, support smallholder farmers to participate in markets, improve transparency of supply chains, and drive new technology and innovation. Read more about the so-called FACT process here.

The announcements didn’t end there. The COP26 co-hosts presented the Congo Basin Pledge, which has been signed by over 10 countries, the Bezos Earth Fund and the European Union to mobilize $1.5 billion to protect forests, peatlands and other critical carbon stores.

“The Congo Basin is the heart and lung of the African continent, we cannot win the battle against climate change if we do not keep the Basin standing”, declared Gabonese President Ali Bongo Ondimba.

According to the UK Prime Minister, the initiative also part of the new global forest finance pledge of over $12 billion.

US and Colombia also announce commitments

Also at today’s event, US President Joe Biden said that his country was committed to ensure free water, maintain biodiversity, protect indigenous communities and reduce the risk of spreading disease.

Mr. Biden added that 20 million hectares of forest land is already being restored and that the US is announcing a new plan to support the halt of deforestation and restoring carbon sinks.

“We need to approach this issue with the same seriousness as decarbonizing our economies. That’s what we’re doing in the United States”, he said.

Noting that billions of dollars would be mobilized, Mr. Biden added that the US aims to support the restoration of 200 million hectares of forest by 2030. “The plan is the first of its kind”.

Meanwhile, President Ivan Duque of Colombia promised to protect 30 per cent of his country’s territory by 2022.

“We can’t wait until 2030, we must act now to protect our forests”, he said, gaining an ovation of the room for one of the most ambitious promises presented at COP26.

“Nature is beautiful, but it is also fragile. I was reminded of this in July when I went into space with Blue Origin. I was told seeing the earth from space changes the lens through which you view the world, but I was not prepared for just how much that would be true”, Amazon founder Jeff Bezos said at COP26.

Through his Bezos Earth Fund, he pledged an additional $2 billion in funding to help restore nature and transform food systems. The Fund had pledged another $1 billion earlier in September.

“Will we in this room work together to gift our children and grandchildren the improvement of the natural world? I know the answer is yes… and I look forward to working together on this important journey”, the philanthropist said.

Over 1.6 billion people worldwide rely on forests for their livelihoods, and indigenous peoples are the custodians of at least 36 per cent of the world’s large, intact forests. Evidence shows that when local people are empowered to manage forests they are better protected and managed.

Several indigenous leaders from various part of the world reacted to the Glasgow Forest and Land Pledge during the event.

“We will be looking for concrete evidence of a transformation in the way funds are invested. If 80 per cent of what is proposed is directed to supporting land rights and the proposals of Indigenous and local communities, we will see a dramatic reversal in the current trend that is destroying our natural resources”, said Tuntiak Katak, vice coordinator of the Coordination of Indigenous Organizations of the Amazon Basin (COICA).

“We are ready to act, and we will work together, we won’t drown… We are all traveling in the same canoe of the river basin”, he emphasized, addressing the plenary in Spanish.